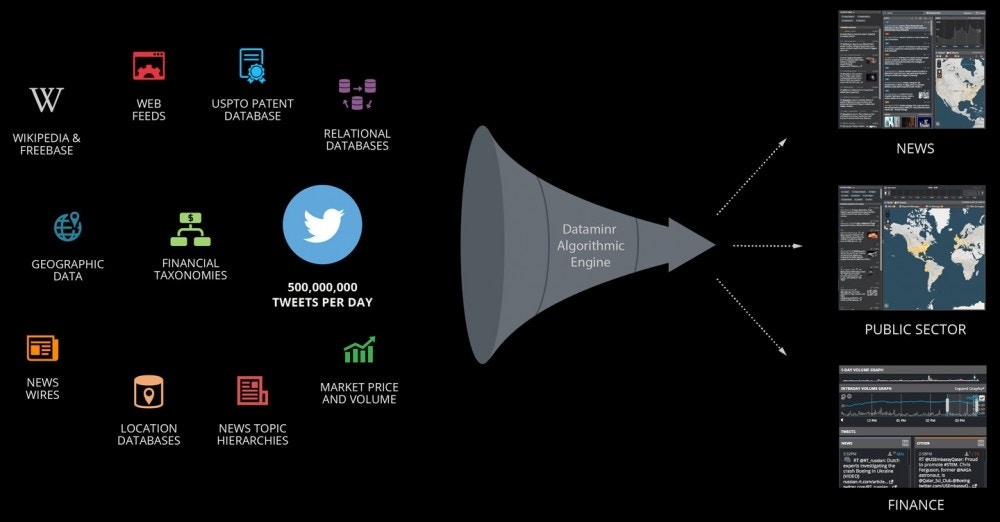 Patrick Ryan wants to be the Democratic nominee for New York's 19th district in the Hudson Valley, a Republican seat that Dems hope to flip; he's gone on record stating that he can do the job because of his entrepreneurial success -- but he didn't mention that he built his career at Berico Technologies by pitching a product to help businesses spy on union organizers and left-wing activists, a plan that included spying on left-wing Democrats and planting fake documents in order to discredit labor unions.

Ryan's product never came to market, thanks to a leak that revealed the plan, which was jointly developed with Peter Thield's Palantir and the disgraced military contractor HB Gary.

Ryan went on to found Dataminr, a CIA-backed surveillance company that spies on left-wing activists, including Black Lives Matter activists, and sells the intelligence to law enforcement.

Ryan is supported by the pro-business wing of the Democratic Party, including Blue Dog PAC.

The emails show Ryan at every step of the process to pitch the chamber. He was on the initial email thread on October 19, 2010, discussing the idea. Ryan, responding to a unique opportunity to sell “a complete intelligence solution” using “social media exploitation,” said it “sounded like a great opportunity.”

Later that month, after a meeting with the chamber’s attorney, Ryan announced to his business partners that a “client of theirs is targeted by another entity, specifically a labor union, that is trying to extract some kind of concession or favorable outcome.”

The proposal initially included steps to track the online activities of chamber critics using Palantir’s powerful data analytics tools. The proposal also included a plan to counter the most vocal critics by planting a “false document” and creating “fake insider personnas [sic]” that could be used to “generate communications” with Change to Win.

Other ideas included gathering information on leading Democratic activists, labor union officials, and other chamber critics by scraping their social media accounts and the accounts of their families. HBGary Federal official Aaron Barr, using his company’s knowledge of computer exploits, floated the possibility of even using malware to hack into target computers.