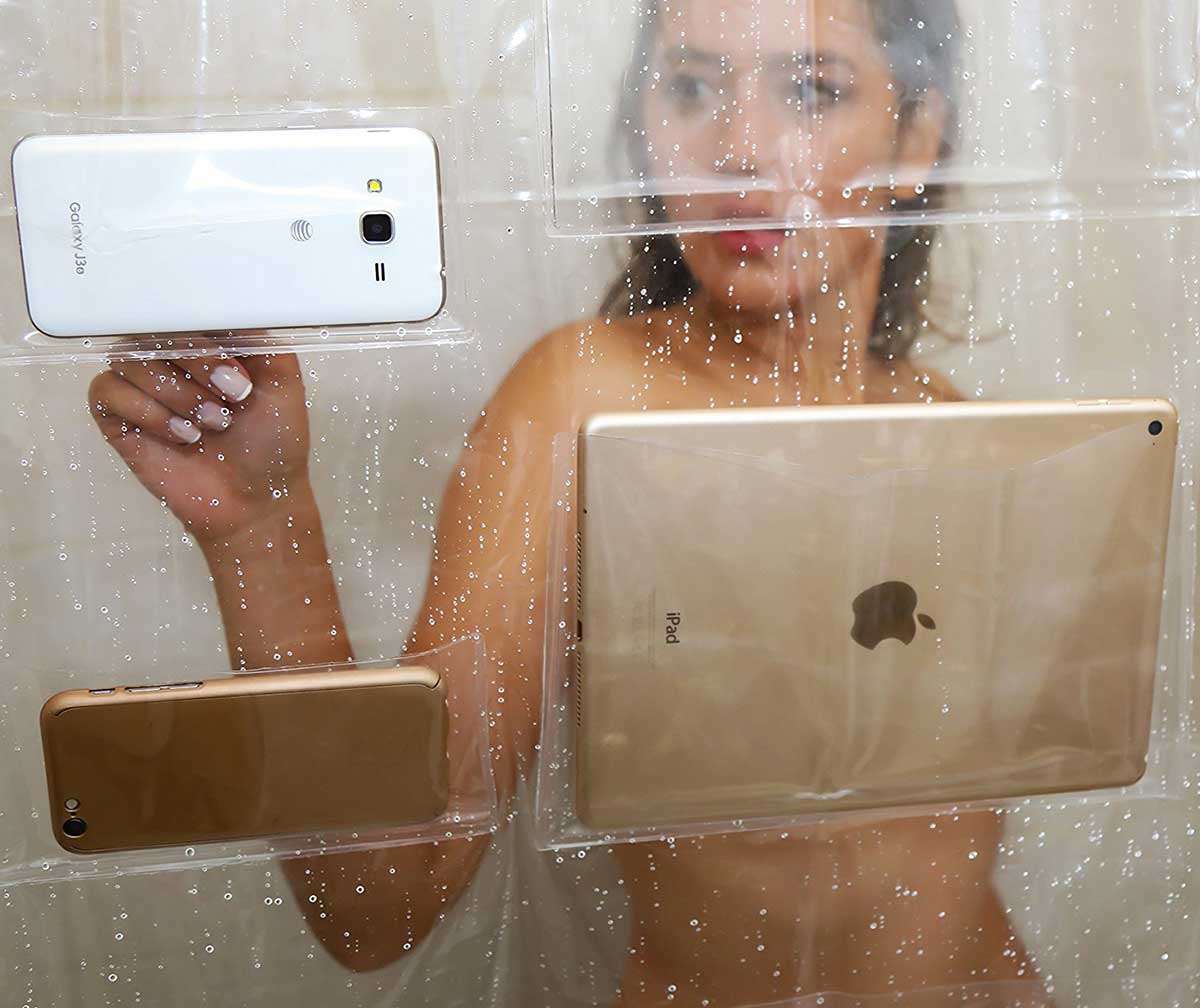 File under No Thank You: This clear shower curtain with device pockets, called the Screenholder.

Watch, play with or listen to your phone or tablet in the shower. 100% waterproof. Even use your camera. Features multiple phone and tablet sized pockets on outside to hold your device. Different height levels for everyone from tall adults to children. Touch interaction from the inside of the shower or bath, change songs, play games, scroll through the news.

What kind of electronics crap can you buy for $50 in Shenzhen?