The world is running out of phosphorus, which threatens global food supply 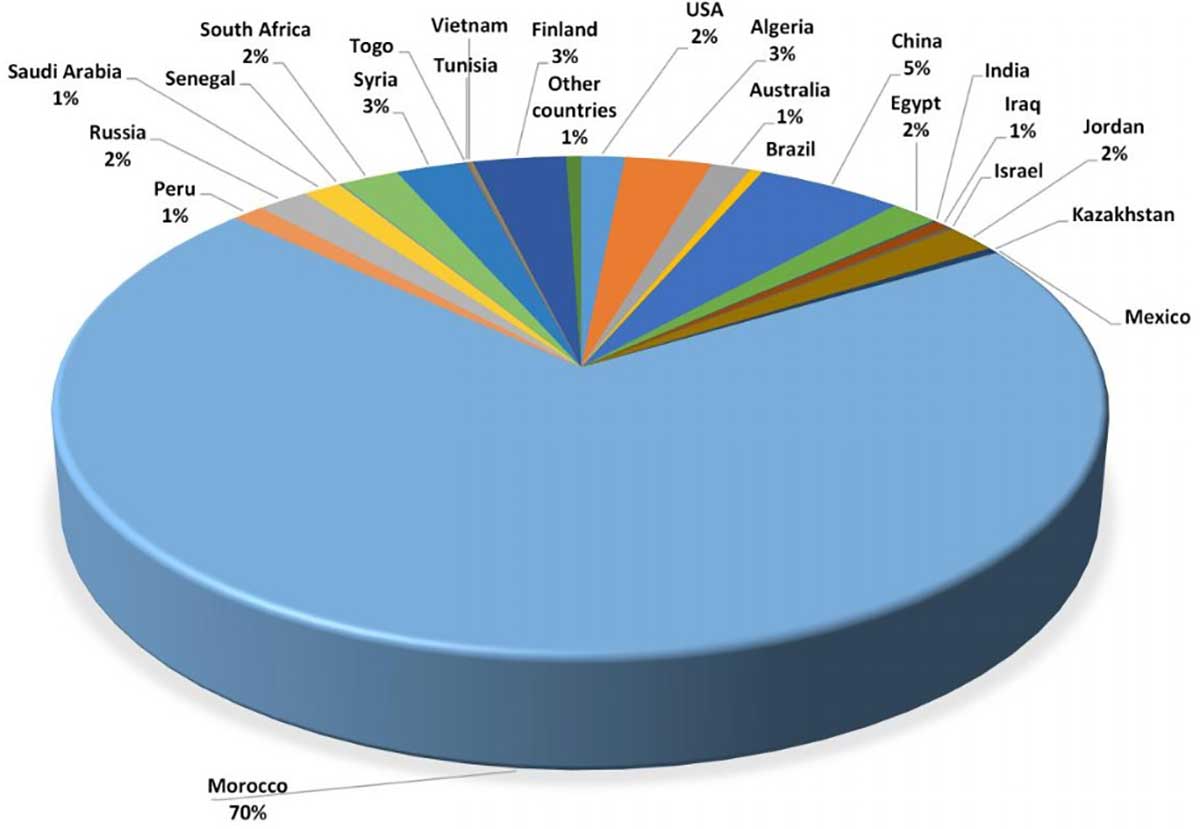 A good way to scare yourself is by googling "phosphorus shortage." Agriculture requires lots of phosphorus for fertilizer, and after it's spread on crops, most of it gets washed into the ocean, where it is irrecoverable. Without phosphorus, food production will plummet, unless people come up with new ways to grow food.

In 2007, at the current rate of consumption, the supply of phosphorus was estimated to run out in 345 years. However, some scientists thought that a "peak phosphorus" will occur in 30 years and Dana Cordell from Institute for Sustainable Futures said that at "current rates, reserves will be depleted in the next 50 to 100 years."

Fertiliser use has quadrupled over the past half century and will continue rising as the population expands. The growing wealth of developing countries allows people to afford more meat which has a “phosphorus footprint” 50 times higher than most vegetables. This, together with the increasing usage of biofuels, is estimated to double the demand for phosphorus fertilisers by 2050.

The greatest natural reserves of unmined phosphorus exist in [Morocco]...
According to the USGS, 42% of all phosphorus imported by the United States between 2012-2015 came from Morocco. China beats them out by a tremendous margin in production, but based on the most recent data Morocco and Western Sahara combined are sitting on 50,000,000,000 metric tons of reserves.

GRANTHAM: We're on a finite planet with finite reserves of phosphorus. And we are mining it and running through the supply. That should make the hair on the back of everybody's neck bristle.

SMITH: There are widely ranging estimates for just how close we are to the phosphorus cliff. Maybe we've got 30 years. Maybe we have 300 years. It's hard to estimate. This is Jeremy's take.

GRANTHAM: Whether it's 42 years, 62 years or 82 years doesn't really matter. We have to change our way of growing food.

DUFFIN: We've known for a while that phosphorus was limited. But the price was cheap, and the problem just seemed so distant, so people were kind of like, meh, we'll deal with that problem later.

SMITH: Then 2008 happened - the financial crisis. And along with many commodities, phosphate prices spiked, which - because of its use as a fertilizer - made food prices skyrocket. And now everybody's talking about phosphorus.

NARRATOR: Across the developing world in 2008, hungry people rioted as food supplies ran low and the price of phosphate rock spiked by 800 percent.

GRANTHAM: I would argue that that was a shot across the bows. That was the first warning to planet Earth that we are beginning to run out.

China is a very inefficient consumer of fertilizer: a recent China Agriculture University study found that northern Chinese farmers use about 525 pounds of fertilizer per acre, of which 200 pounds is wasted into the environment. This is six times more fertilizer and 23 times more waste than the average American farmer in the midwest uses and produces (Shwartz, 2009). These phenomena of growth and overuse, coinciding with peak production, will drive prices drastically higher and force a number of changes in the world's food production and consumption. The potential for catastrophic food shortages and global famine looms without significant systemic changes.