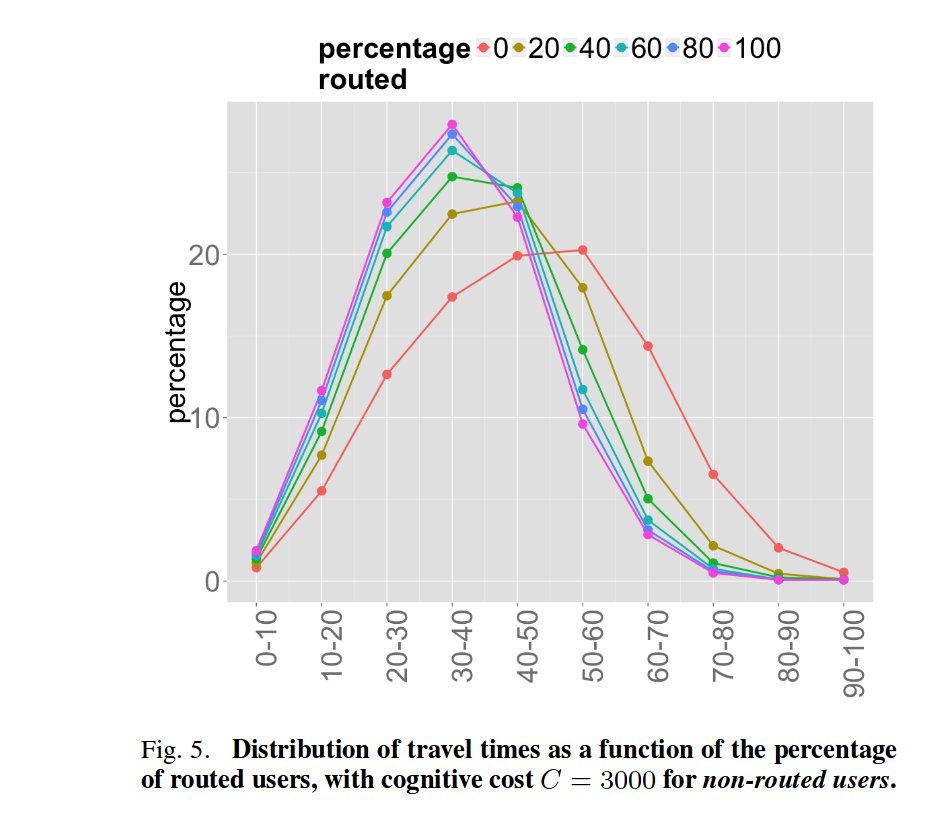 A trio of engineering researchers from UC Berkeley modeled the effect of heavy reliance on GPS routing on municipal road efficiencies and found that people who are GPS-routed are likely to move to surface streets and secondary highways when the main highways are congested; though this increases overall throughput in a city and reduces overall drive-time, it also creates heavy traffic on residential streets, effectively transferring traffic jams from highways to neighborhoods.

The authors note that cities end up spending millions on countermeasures to keep long-distance drivers on the highways and off residential streets (one-way systems, etc), and that these costs, as well as the congestion costs to local drivers, will only increase as GPS reliance goes up and then accelerate when/if self-driving cars emerge.

I have certainly experienced this: when I travel from Burbank to, say, LAX, it's even odds that the GPS will take me off the highway for several miles of the journey to clear away from a clogged highway. When I was working for Imagineering and sometimes had to drive from Disneyland to Glendale or vice-versa during rush hours, the GPS systems would produce all kinds of odd routes -- memorably, one morning the GPS directed me up Interstate 5 in a series of maneuvers in which I would get onto an on-ramp, then continue on to the adjoining offramp, drive to the next on-ramp, and do it again, all the way through Orange County.

Even though the increase in usage of app-based routing enables better navigation and time savings, they allegedly transfer large amounts of traffic in cities bordering highways, since navigation apps users have been reported to leave highways to avoid congestion [1]. For instance, in the Los Angeles network used for the present study and shown in Figure 1, we find that app-based routing can potentially increase the VMT on local roads by .34 million miles per hour, which represents a threefold increase in traffic on low-capacity links, while there is only a 10% decrease in VMT on high-capacity roads, see Figure 6. Moreover, Figure 7 shows that an increase in routed users’ ratio α is accompanied with a sharp increase in the percentage of users spending between 10 and 20 min on low-capacity links (we reiterate that we apply the framework to the Los Angeles network presented in Figure 1). Figure 8 shows that, despite a general decrease in VMT due to more efficient routing, the relative increase on low-capacity roads is very important for each 10% increase in routed users, due to the small traffic flow on the low-capacity network. This causes residential streets to be congested, encouraging cities to spend millions in infrastructure to steer the traffic away.