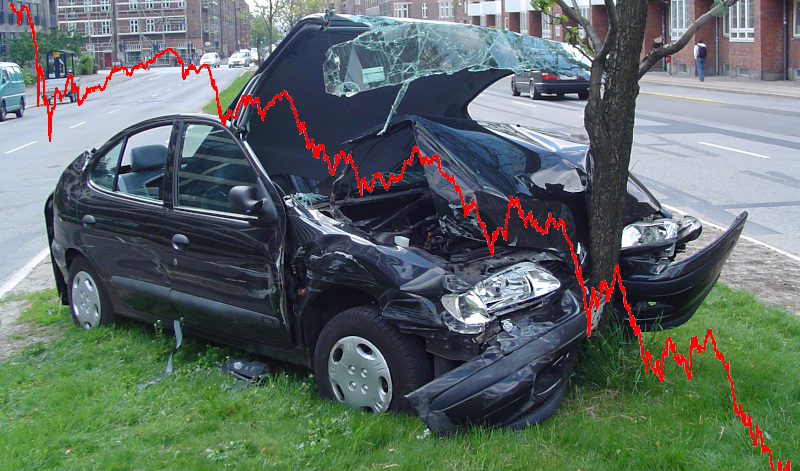 They examined data from the Fatality Analysis Reporting System from 1990-2015, and conclude that this "might just be the tip of the iceberg" because most car accidents are not fatal and thus not reflected in their data-set. Moreover, the correlation between fatal wrecks and stock fluctuations underwent a sudden, persistent increase in the mid-nineties, when 401(k)s exposed millions of households' finances to the stock market for the first time.

They recommend public information campaigns to warn people that they might drive worse after their pensions are wiped out. Though, of course, from a neoliberal perspective, this could just be the incredible serendipity of self-correcting markets: when pensions are wiped out by financial engineering, people fatally wreck their cars, circumventing the future pain of not having any pension savings. Capitalism works!