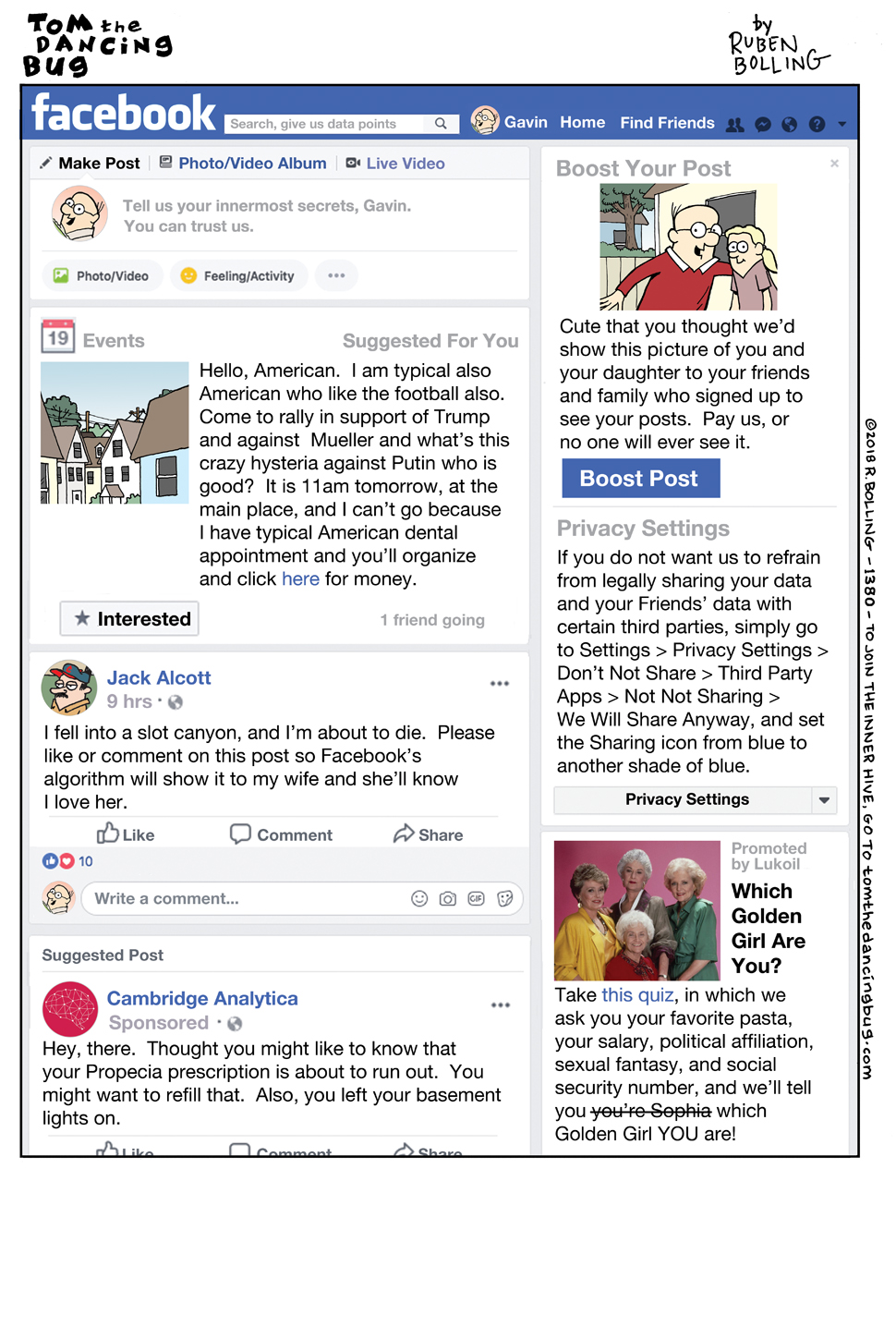 Tom the Dancing Bug, IN WHICH we take a peek at Gavin Smythe's very typical Facebook page.