Die With Me: a chat app that only works when you have 5% battery life remaining or less 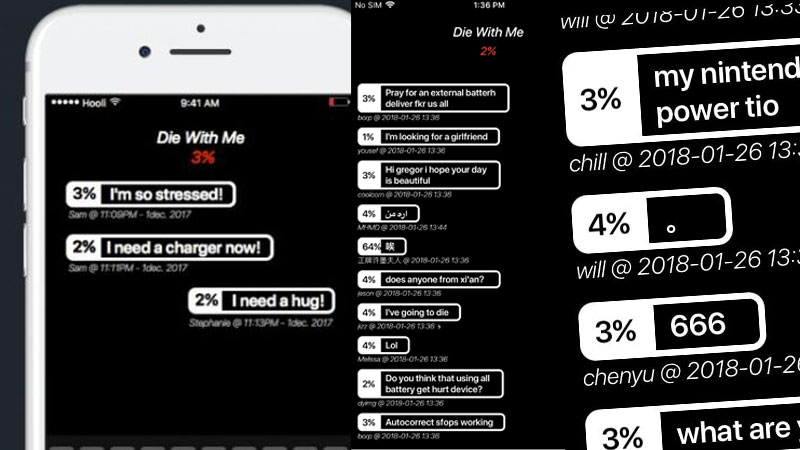 Dries Depoorter & David Surprenant's Die With Me is a chat app available for iOS and Android, but only if your device is on its last legs: "The chat app you can only use when you have less than 5% battery. Die together in a chatroom on your way to offline peace."