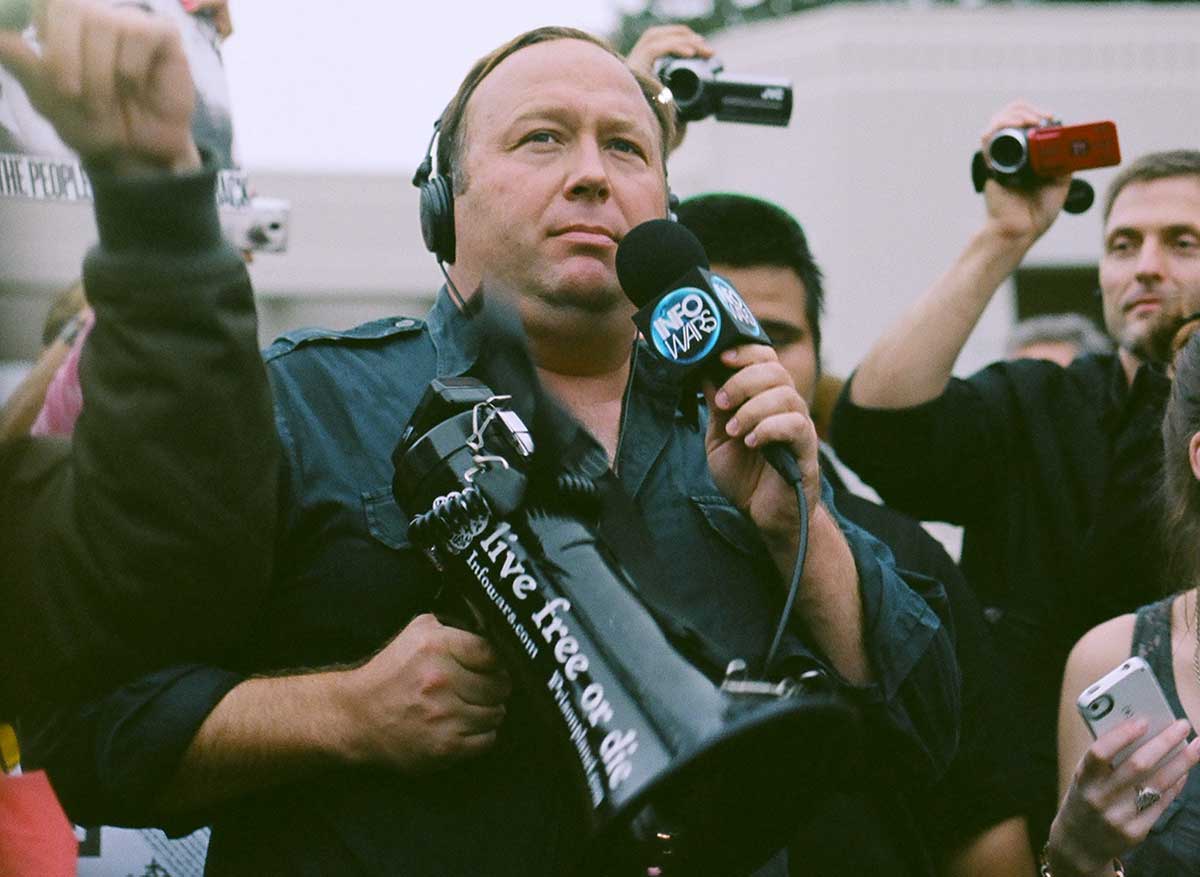 Alt-right hero Alex Jones claims the 2012 Sandy Hook Elementary School shooting was a hoax perpetrated by the federal government to give it a reason to repeal the second amendment.

Twenty children and six adults died in the shooting. Because of Jones' false accusations, grieving parents of the murdered children were harassed and attacked by followers of Jones. Today, three Sandy Hook parents are suing Jones for defamation.

Both lawsuits were filed in Travis County District Court in Austin, where Mr. Jones lives, broadcasts his show and operates Infowars. The parents are seeking at least $1 million in damages.

“The statements were a continuation and elaboration of a yearslong campaign to falsely attack the honesty of the Sandy Hook parents, casting them as participants in a ghastly conspiracy and cover-up,” the parents’ lawsuits said.

The parents are represented by Mark D. Bankston, a Houston lawyer who filed a similar defamation lawsuit this month against Mr. Jones and Infowars after they falsely identified a Massachusetts man as the gunman at Marjory Stoneman Douglas High School in Parkland, Fla.

Mr. Jones and Mr. Shroyer did not immediately respond to an email seeking comment on Tuesday morning.

r/The_Donald, before: “Fuck the travel ban, forced deportation. 1 week or 10 years in jail. GTFO.” After: “Antifa? This smells like a false flag. Research this.”