AT&T to the Supreme Court: "Fuck the FTC" 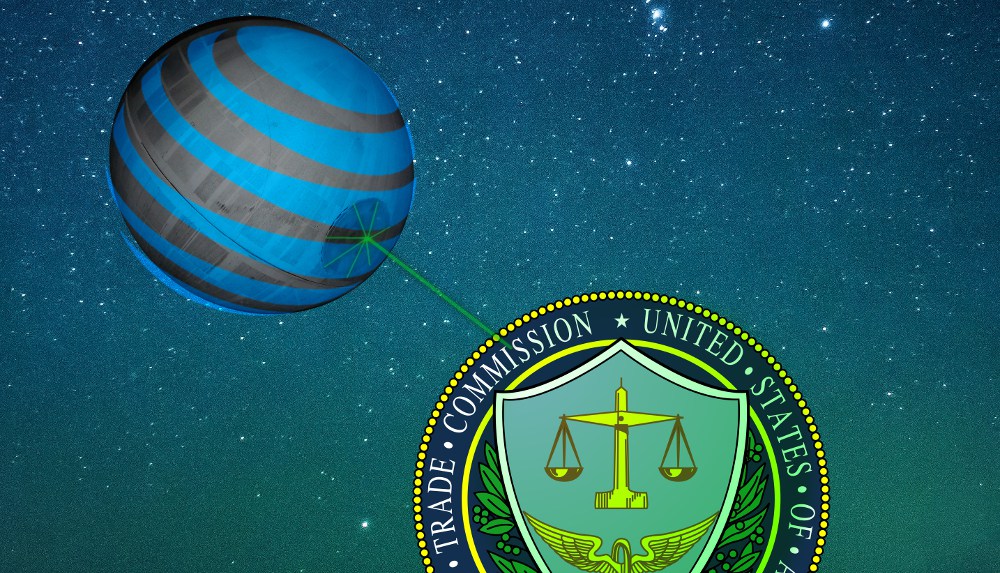 Back when the anti-Net-Neutrality was pretending to have anything like an argument (apart from, "NETWORK NEUTRALITY INTERFERES WITH MY ABILITY TO BECOME LIMITLESSLY RICH, GO FUCK YOURSELF), one of the stupid pieces of spaghetti they threw at the wall was, "The FCC shouldn't regulate telcos, that's the FTC's job."

It was a very stupid argument.

It just got stupider.

AT&T has just asked the Supreme Court to hear an appeal over the FTC's ability to punish AT&T for false advertising (AT&T promised "unlimited wireless data" but after its customers blew through its laughably stingy data-caps, the "unlimited" plan throttled them to acoustic-couple-style dialup speeds until the next billing period started). In AT&T's view, the FTC has no authority to regulate telcos, because, uh, well, because if they can't regulate telcos then AT&T is off the hook for having defrauded America.

An AT&T victory could leave many ISPs in a regulation-free zone. The Federal Communications Commission in December 2017 voted to eliminate net neutrality rules and relinquish its authority to regulate ISPs as common carriers. One of the FCC's justifications for deregulating the broadband market was that the Federal Trade Commission can force ISPs to uphold their net neutrality promises.

But an AT&T court victory could eliminate the FTC's authority over the Internet services offered by AT&T, Verizon, and other traditional phone companies. Consumer advocacy groups last year urged FCC Chairman Ajit Pai to delay the anti-net neutrality vote until after the AT&T/FTC case is finished, but he refused to do so. Pai still hasn't finalized the net neutrality repeal, however.