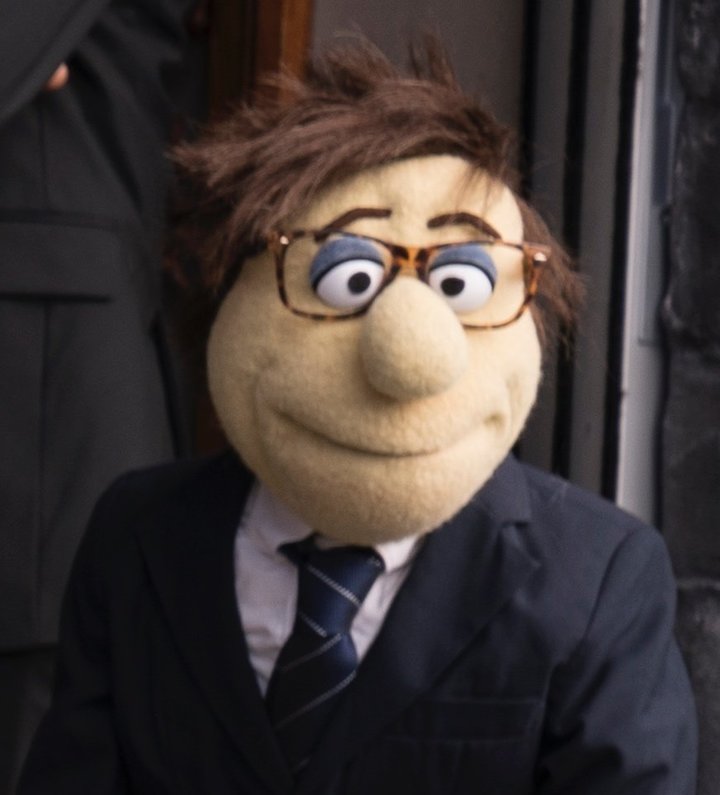 Sesame Street lawyers are not happy that Jim Henson's son Brian has a raunchy puppet film coming out called Happytime Murders. After they filed a suit against the film, Henson retained a crack puppet lawyer named Fred (above) to defend them.

The characters are obviously an adult riff on Jim Henson Company's felt puppet style, but what got them in trouble was the tagline "No Sesame. All Street."

In the suit, Sesame Workshop complains that the film contains "explicit, profane, drug-using, misogynistic, violent, copulating, and even ejaculating puppets."

"STX loved the idea of working closely with Brian Henson and the Jim Henson Company to tell the untold story of the active lives of Henson puppets when they’re not performing in front of children. Happytime Murders is the happy result of that collaboration and we’re incredibly pleased with the early reaction to the film and how well the trailer has been received by its intended audience. While we’re disappointed that Sesame Street does not share in the fun, we are confident in our legal position. We look forward to introducing adult moviegoers to our adorably unapologetic characters this summer."

Here's the NSFW redband trailer if you want to see what "controversy marketing" looks like these days: