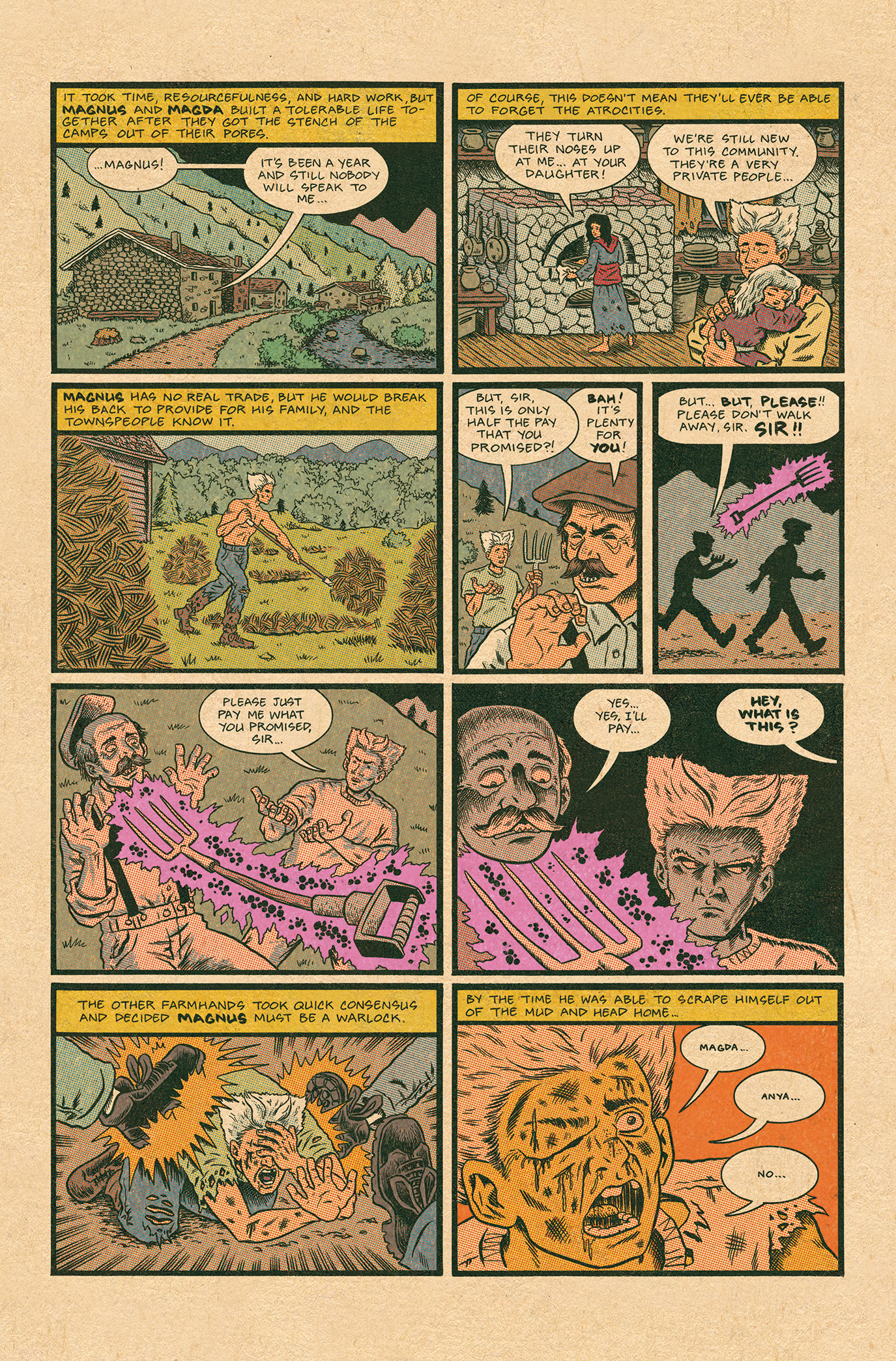 Ed Piskor's offering an annotated page-by-page look at the first part of X-Men: Grand Design, his epic retelling of how Marvel comics' pantheon of heroes came to be. Catch up here. — Eds.

I can’t explain why exactly, but for some reason this strip is one of my favorites from this early part in the series. It’s fairly pedestrian. It’s not the sequence that I was dying to tell when I began the project. I think it simply has a nice flow and reads pretty well. The entire unit works.

This is the kind of trial-by-fire project that forces a cartoonist to stretch their comfort zone. One day I’m drawing WWII Germany, the next day I’m drawing a Carpathian village. All I knew about Carpathian-anything I learned from Ghostbusters 2. Bless the internet for making the accumulation of visual reference much easier. When I was a boy I literally kept a file cabinet full of folders with clipped images from magazines of all sorts of things I thought I might need to draw in the future.

Panel 3: Back to the trial-by-fire aspect to the illustration. Not only have I never drawn hay and/or straw before, but I can’t think of a single good example where I’ve seen the stuff illustrated. Maybe Bernie Wrightson’s Frankenstein? I opted to go iconic rather than realistic for the hay here. It works fine, I guess. Bless the opportunity to use color so that I can use it as a crutch to convey that those wonky lines are hay/straw/whatever.

Panel 4-7: This sequence was a ball to draw. Curved lines imply motion, straight lines imply rigidity. The curved pitchfork in panel 6 was drawn that way to try and suggest the swooping trajectory that it’s traveling along.

Panel 8: I’ve been drawing comics for a long time, but I haven’t drawn a comic with some honest-to-goodness violence since I was a boy. I’ve drawn lots of fights since this panel and have learned a lot.

Last panel: The “continue screens” from the Street Fighter II and Final Fight arcade games served as the inspiration for this panel.