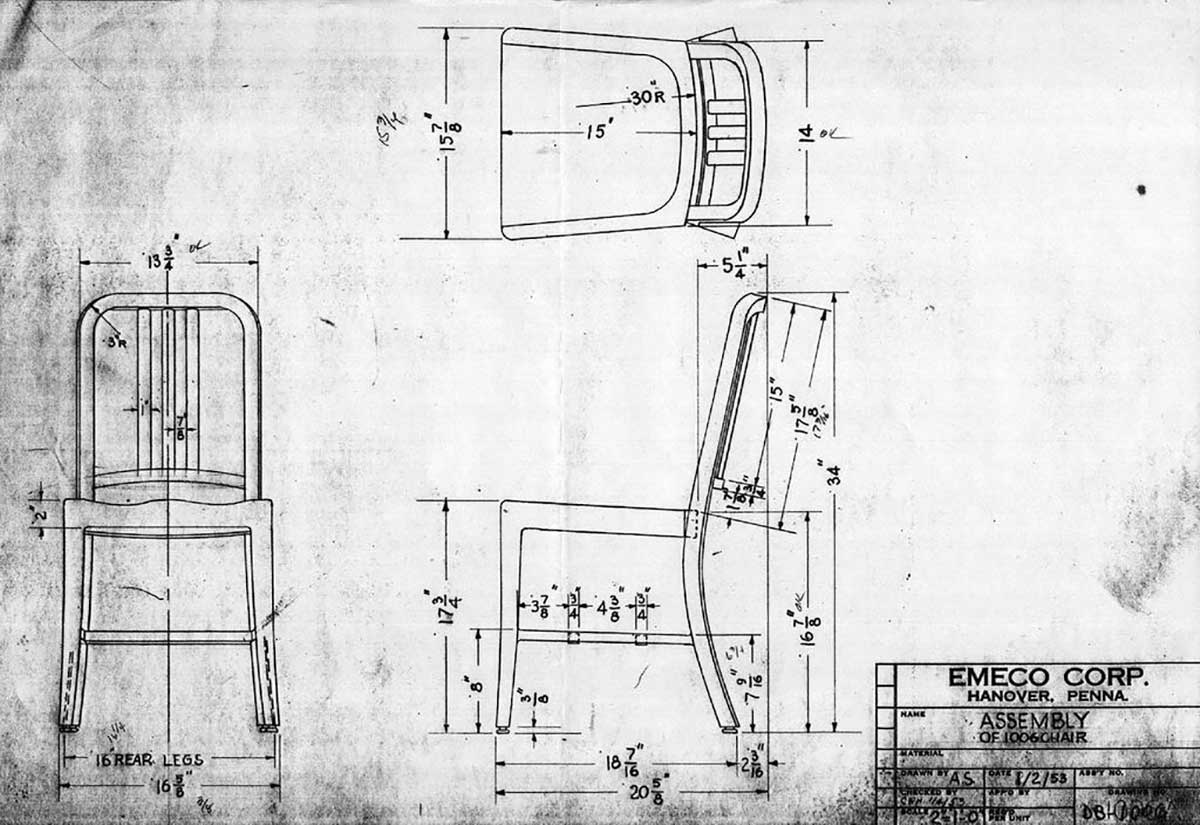 The latest episode of 99 Percent Invisible is about the the 1940 Emeco 10-06 Navy Chair, made of bent aluminum and strong enough to withstand a torpedo blast.

The chair was made to be relatively utilitarian, with an arched top and three slats coming down the back to meet a crossbar. A curved “butt divot” is one of its most distinctive elements.

To show off the durability of his creation, Dinges took it up to the eighth floor of a hotel in Chicago, where the Navy was examining submissions, and threw it out of the window. It bounced, but didn’t bend or break.

And so the Navy gave its inventor the contract, and he, in turn, opened a factory and called his new business the Electrical Machine and Equipment Company, or: Emeco.

My friend Nik Shulz (aka L-Dopa) creates beautiful designs and illustrations. I hired him when I was an editor at Wired and at Make. In recent years Nik has branched out into furniture making, and his work is just as beautiful as his illustrations.

I’m not usually a fan of furniture that converts from one thing into another, because it’s usually better to just use the two different things you need rather than have to deal with one crappy transformer. But this wall shelf that converts into a desk looks pretty good!