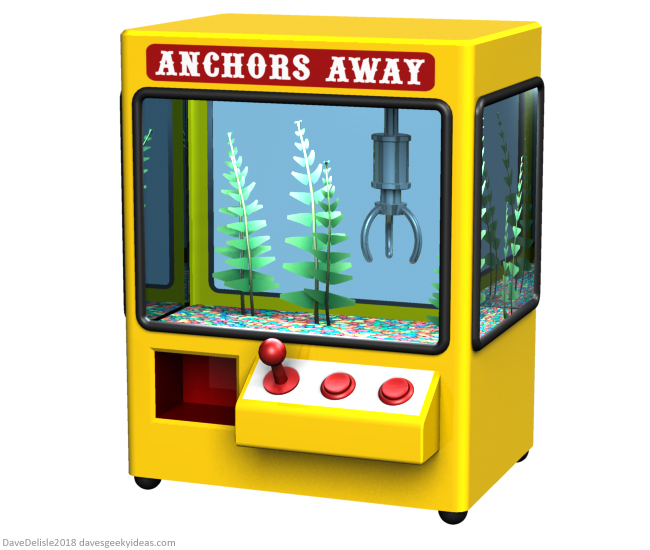 While an actual Claw Machine Fish Tank would be cruel and unethical (and some say just keeping fish in captivity isn't cool), the concept itself is fun to think about. Kudos to Dave's Geeky Ideas for dreaming up this one up.

The Microsetta Initiative at UC San Diego School of Medicine, McGill University, Massively Multiplayer Online Science, Gearbox, and 2K have teamed up to create a clever way for players of Borderlands 3 to help map the human gut microbiome. Players do this creative gut-mapping by accessing the special Borderlands Science game-within-the-game. The mini-game works as […]

Karl Schroeder (previously) is literally the most visionary person I know (and I've known him since 1986!): he was the first person to every mention "fractals" to me, then "the internet" and then "the web" -- there is no one, no one in my circle more ahead of more curves, and it shows in his […]

A non-negotiable feature of Disneyland's 2008 contract with Unite Local 11 -- which represents the laundry workers who clean linens from the resort's hotels and restaurants -- was a new "work-tracking" system that used "gamification" to display realtime signals about each worker's productivity on public leaderboards, colorcoded with the slowest workers' names in red, as […]