The history of rock in 100 guitar riffs 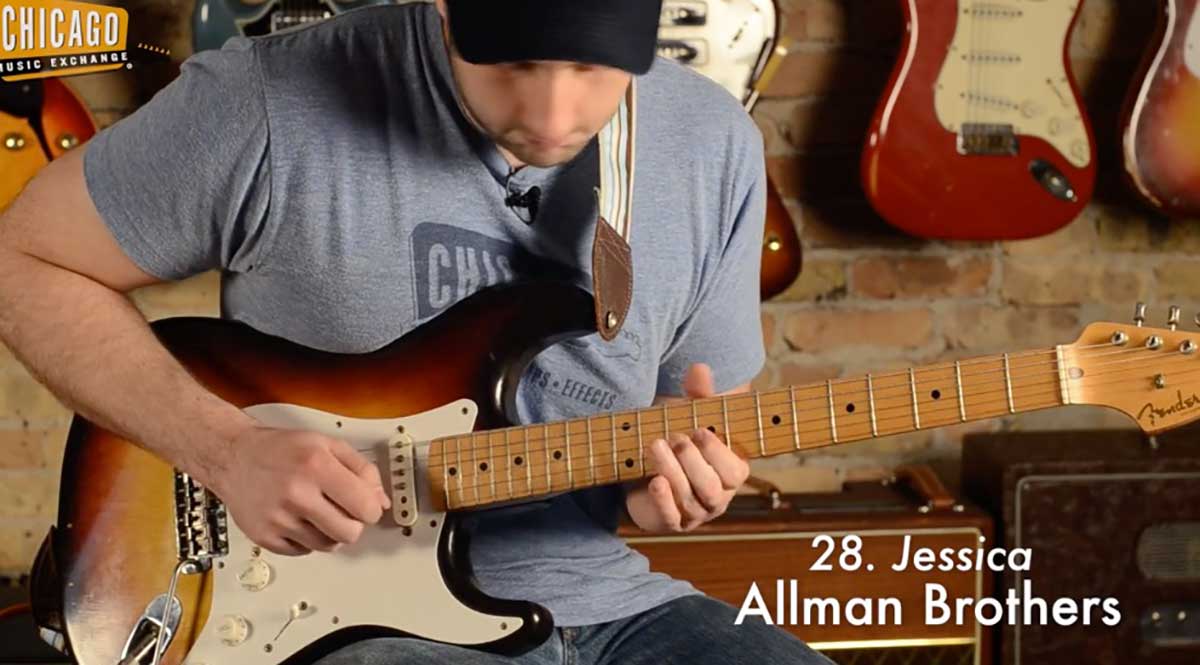 Alex Chadwick and his 1958 Fender Strat present one hundred great guitar riffs of all time in one 12-minute take. (The only riff here I can play is Blitkreig Bop, but fortunately, it's the best one.)

So central is the riff to the catchiness of a song that one could write an entire history of rock ‘n’ roll in riffs, which is exactly what Alex Chadwick has done in the video above, opening with the groovy jazz lick of 1953’s “Mr. Sandman” and wrapping up with St. Vincent’s “Cruel.” Though the more recent riffs might elude many people—having not yet become classic rock hits played at hockey games—nearly all of these 100 riffs from 100 rock ‘n’ roll songs will be instantly familiar. The video comes from music store Chicago Music Exchange, where employees likely hear many of these tunes played all day long, but never in chronological succession with such perfect intonation.

YouTuber and dad Matt MacMillan picked an unusual way to cover AC/DC’s “Thunderstruck.” He spent a year recording his baby son’s cooing, sneezing, and other random noises and pieced it together to make the song. He writes, “It took forever.” And when you see HOW he arranged it all, you’ll see why it took so […]

Spotify may not be literally damaging our brains, but he’s not entirely wrong, either.

Cordell Jackson started out playing on her father's radio show in the mid-1930s at the age of 12; she was a talented musician who'd already mastered the guitar, piano, and upright bass; she continued to play and went on to found Moon Records (a play on Memphis's iconic "Sun Records") where she was the first […]