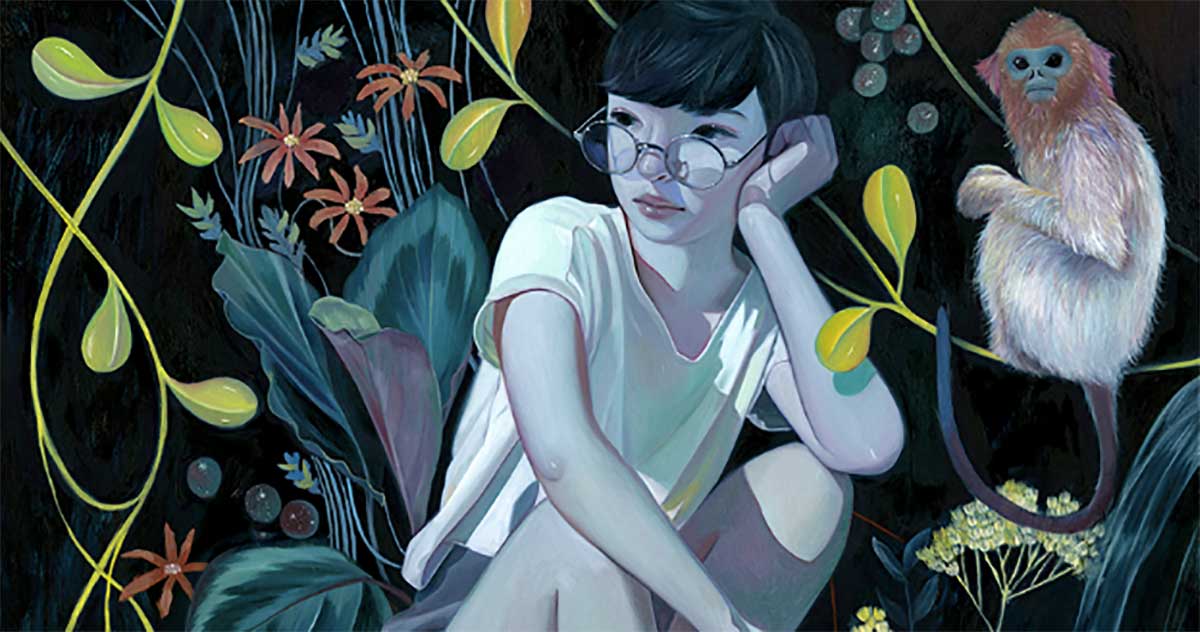 If you are in LA later this month through September, I recommend checking out "The New Romantics" group show at Corey Helford Gallery opening July 28. There's a great line up of artists.

Over a year in the making, Corey Helford Gallery is premiering "The New Romantics" group show on July 28, its largest exhibition of 2018 so far. Curated by Caro Buermann, the show will celebrate the new romantic visions of over 30 artists from around the world, including Camilla d'Errico, Adrian Cox, Relm, Pruch SintunavaI and Marie Larkin.

“There are many shows that celebrate beautiful imagery, but there aren’t many shows that tackle the implications of neo-romance and our growing attraction to the paradisiacal, the beautiful, and the magic that these images inspire," says Caro. "In today’s world, we are instantaneously exposed to a flood of bad news and images of terror which makes people long for safe places and redemptive perspectives.”

The Neo-Romanticism movement, which inspired The New Romantics, is not a new concept. Just as Early Romantic masters’ work was characterized by its emphasis on emotion and individualism, as well as glorification of all the past and nature, this new generation of romantics reflect on the current state of their world. “They are artists who are sensitive to the current state of things and reinterpret the world through their figures, characters, or landscapes,” says Caro. “Not necessarily as it objectively exists, but rather as they are seeing and feeling it.”