Who owns the Moon? 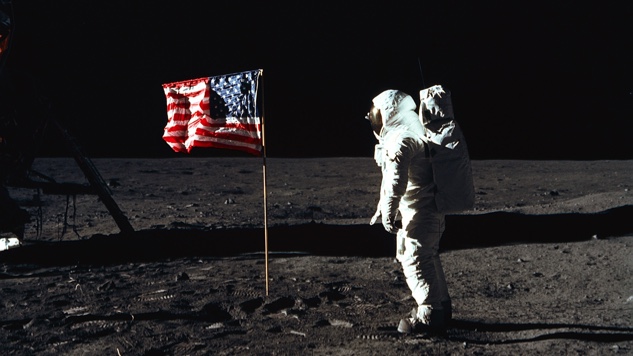 A few days ago, we celebrated the 49th anniversary of the first Moon landing. But while the United States may have been the first to take that giant leap onto the surface and plant a flag, that doesn't mean the moon is a US colony. But the 1967 Outer Space Treaty that prevented a "land grab" on the Moon apparently doesn't address the exploitation of the Moon's resources. Space law professor Frans von der Dunk of the University of Nebraska explains over at Scientific American:

Countries such as the United States and Luxembourg (as the gateway to the European Union) agree that the moon and asteroids are “global commons,” which means that each country allows its private entrepreneurs, as long as duly licensed and in compliance with other relevant rules of space law, to go out there and extract what they can, to try and make money with it. It’s a bit like the law of the high seas, which are not under the control of an individual country, but completely open to duly licensed law-abiding fishing operations from any country’s citizens and companies. Then, once the fish is in their nets, it is legally theirs to sell.

On the other hand, countries such as Russia and somewhat less explicitly Brazil and Belgium hold that the moon and asteroids belong to humanity as a whole. And therefore the potential benefits from commercial exploitation should somehow accrue for humanity as a whole—or at least should be subjected to a presumably rigorous international regime to guarantee humanity-wide benefits. It’s a bit like the regime originally established for harvesting mineral resources from the deep seabed. Here, an international licensing regime was created as well as an international enterprise, which was to mine those resources and generally share the benefits among all countries.

While in my view the former position certainly would make more sense, both legally and practically, the legal battle by no means is over.

"Who Owns the Moon? A Space Lawyer Answers" (SciAm)