Weeknotes: personal, public logs in the tradition of early blogging 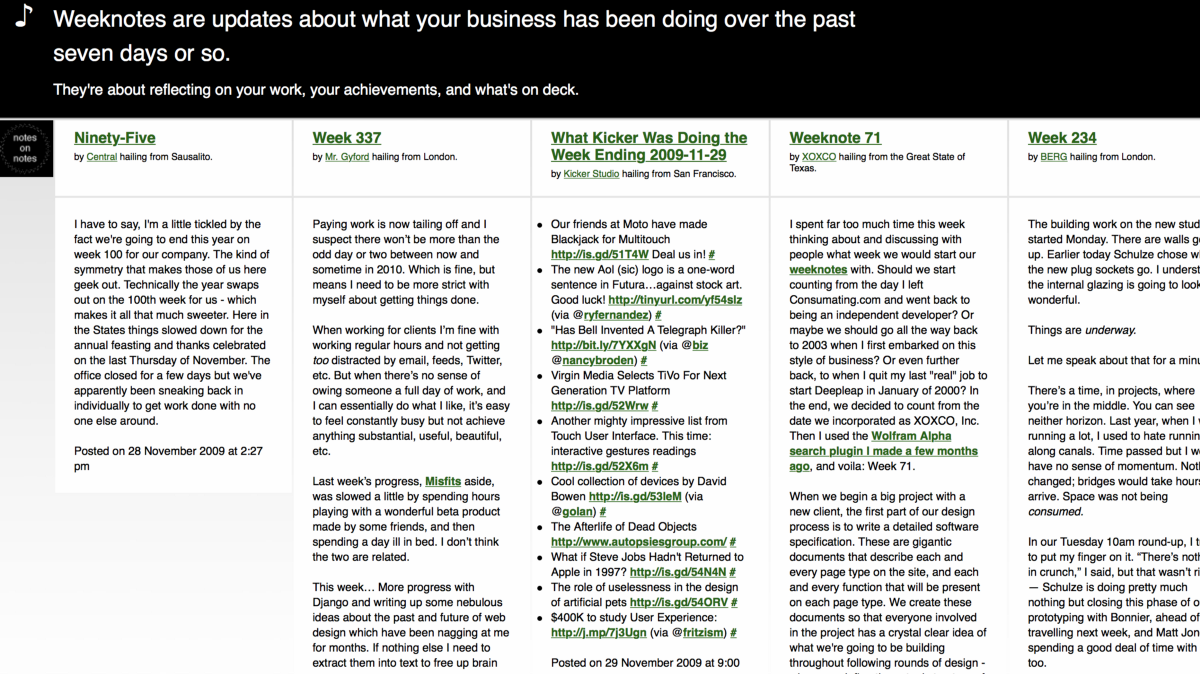 Matt Webb (previously) is a "weeknoter." That means that once a week, he sits down and sums up all the things he's seen, done, learned and taken note of in the previous week, and makes the result public.

He's part of a small community of people who maintain weeknotes, many of them early blogging pioneers, who started out in 2009 when Bryan Boyer started publishing his weekly summaries.

In Webb's latest weeknote, he talks about his thinking on the history and practice of weeknotes, and why he finds them so satisfying to write and read. His description reminds me a lot of the joy of early weblogs, when interesting people kept running, public logs of the interesting things they'd seen (and/or made) on the nascent web, and what they thought of the experience.

(1) Reading: These moments of vulnerability are wonderful to read, and I feel a sudden and greater personal connection with Phil, in addition to feeling less isolated in my own moments of uncertainty.

(2) Writing: I know from experience that naming and recording these wobbly feelings is valuable because, at some point in the not-too-distant, you come back to your own work and say, “holy shit, that’s amazing, how was I capable of that,” and then you read the historic weeknotes and realise that at the time you were miserable about what you are now delighted by, and closing the loop like that gives you perspective during self-doubt moments in the future.

A pre-history of weeknotes, plus why I write them and perhaps why you should too (Week 16) [Matt Webb/Jobgarden]