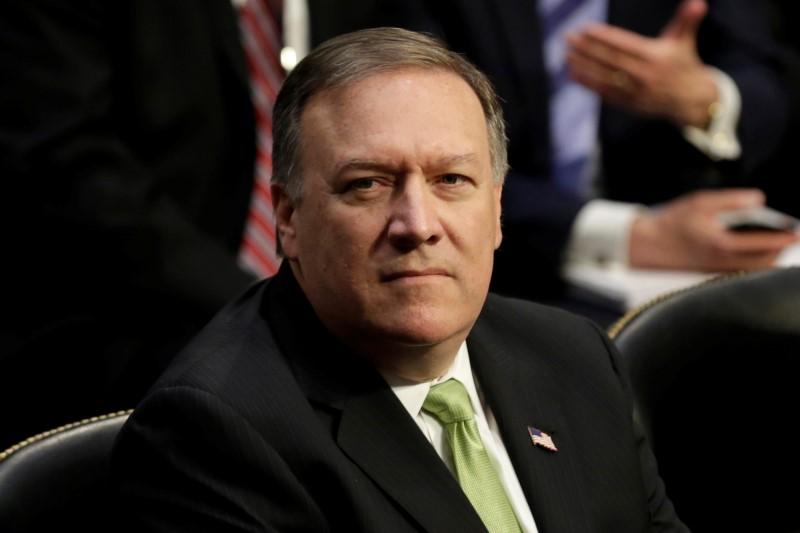 In a hearing on Capitol Hill today, Former CIA director and Trump's replacement Secretary of State Mike Pompeo says Trump remains upbeat about the prospect of North Korea denuclearization, and that the United States will not recognize Russia's annexation of Crimea.

We welcome the #US position on territorial integrity of #Ukraine and non-recognition of Russia’s attempt to annex Crimea, delivered by @SecPompeo in the US Senate. No one has the right to change the borders of free sovereign states by force.

Pompeo told members of the Senate Foreign Relations Committee that the U.S. will not remove sanctions on Russia for its occupation of Crimea, but that control of Crimea must be returned to Ukraine.

Pompeo says he disagreed with Trump's one-on-one meeting with Putin, and considered it improper.

Senator Corker to @SecPompeo: castigates #Trump's performance at #NATO and casting doubt on Article 5: "is this real or another off-the-cuff remark?"

US Secretary of State Pompeo: The US “does not and will not recognize the Kremlin’s purported annexation of Crimea” https://t.co/6reFONFuIh https://t.co/7QVUTSYrjD

New: I'm told @SecPompeo is expected to declare in congressional testimony the US will never recognize #Crimea as part of Russia, Pres. Trump has appeared to cast doubt on the US commitment saying on Air Force One in June "We're going to have to see."

Mike Pompeo calls NATO "an indispensable pillar of American national security," counter to President Trump's own statements on the alliance.

.@SecPompeo says he's had a number of conversations with President Trump about private meeting with Putin, but has not spoken with translator saying "I have never relied on the work that they did."

Breaking @SecPompeo says @POTUS knows that #Russia "meddled" in the US elections, says, I know I briefed him on it for 1.5 years (as CIA chief)

Senator Corker to @SecPompeo: it feels like the White House wakes up every morning and makes up (foreign policy) as they go along

.@SecPompeo to Senate Foreign Relations Committee: "I personally made clear to the #Russians that there will be severe consequences for interference in our democratic process"

Senater Corker to @SecPompeo: we have zero clarity on the goal of #Trump's tariffs

.@SecPompeo says U.S. policy on sanctions is unchanged, would not say if he discussed future of sanctions with Putin but did say no commitment was made to relax sanctions.

.@SecPompeo in a fighting mood: on senator questions re #Trump/#Putin mtg, in essence says president has right to private meetings, but here's what US policy is

"Senator, I understand the game that you're playing," Pompeo says. https://t.co/yWdK6MUaAt pic.twitter.com/MwbqCwXuLE

Why does Mike Pompeo keep saying the Iranians are assassinating people in Europe? https://t.co/nilMJWOXPT

Mike Pompeo was asked if Trump discussed relaxing sanctions on Russia or confronted Putin on Crimea in his private meeting in Helsinki pic.twitter.com/aEYqp6NIg1