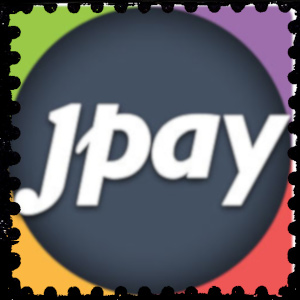 If you're one of the millions of (disproportionately black and brown) people who have been put behind bars in America, there's a good chance you use Jpay (previously) to communicate with your family.

They provide messaging apps that run on tablets and charge gigantic service fees for transmitting simple text messages (they charge by the "page"), with even higher fees for photos and video clips. They call these fees "stamps" (like a digital postage stamp) and they hike up the price of stamps around holidays like Mother's Day, to make it more expensive for imprisoned mothers to hear from their children or for inmates to communicate with their mothers.

At the same time, Jpay has worked with prison officials to ban most kinds of physical mail on the grounds that letters and photos might be used as blotter paper and soaked with illegal drugs before being mailed to inmates. So if you want to communicate with your loved ones, Jpay is the only game in town.

Staying connected to family is highly correlated with successful prisoner reintegration after incarceration. Jpay isn't just destroying the lives of current prisoners, it's increasing the likelihood that they'll end up back in prison again, making them into repeat customers.

JPay began in 2002 as a prison money-wiring service, offering a quicker alternative for families who wanted to mail a money order to incarcerated loved ones. The expediency came with a price: The fees for each transaction could be as high as $11.95. When JPay launched its e-messaging services in 2004, it pitched it as a way of fostering closer relationships between prisoners and the outside world. “Part of JPay’s mission is to provide technology…[that] empowers those individuals with access to educational tools and assists in their overall rehabilitation process,” says Jade Trombetta, JPay’s senior manager of brand marketing and social media. She declined to explain the reasoning behind JPay’s prices or price fluctuations. “We have nothing more to say on the matter,” she told WIRED.