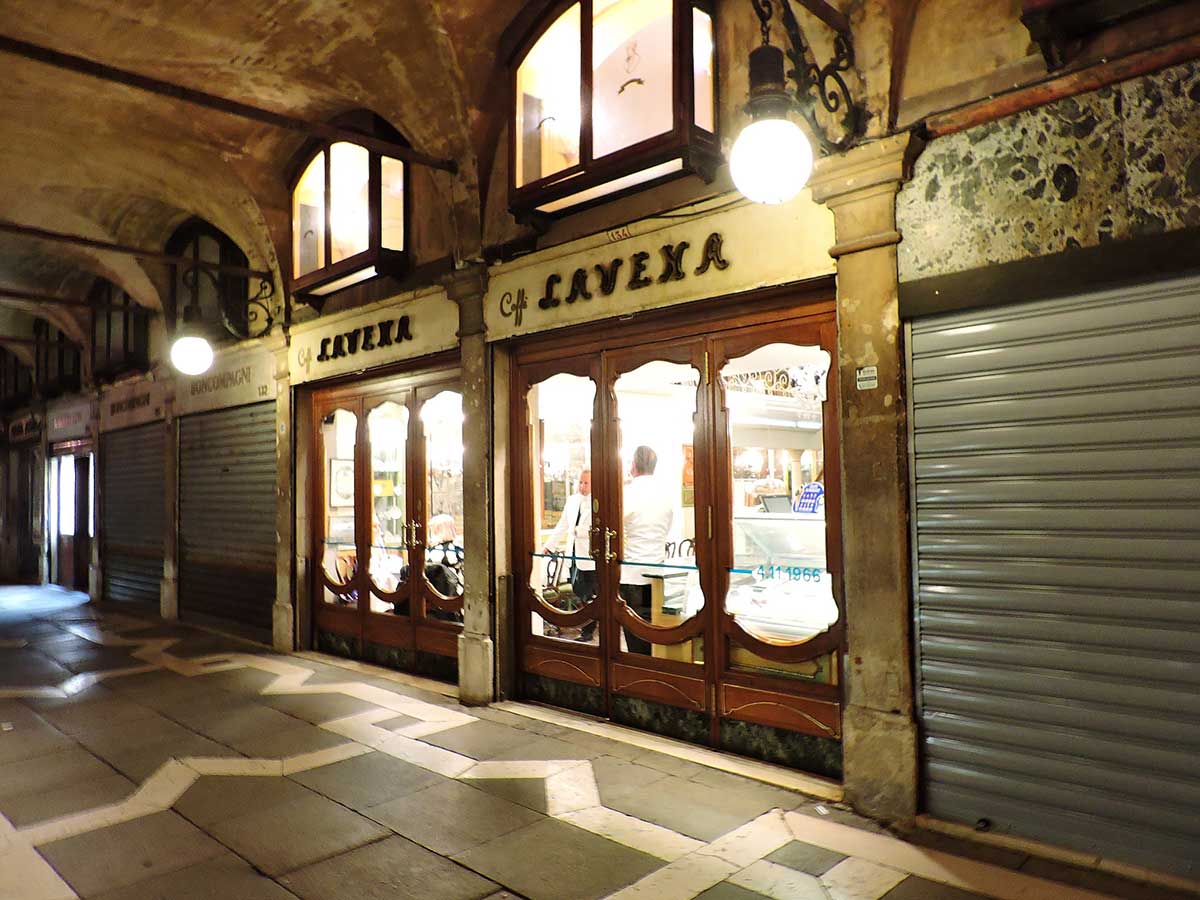 Juan Carlos Bustamente, 62, is a Chilean political consultant living in Rome. On a recent trip to Venice he sat down at Caffe Lavena in the popular tourist area called St. Mark's Square and ordered two bottles of water and two espressos. The bill was €43 (about $50). He thought it was ridiculous and he posted the receipt to Facebook.

Other people commented about being overcharged at Caffe Lavena. Then they headed over to TripAdvisor and left a lot of 1-star reviews, like this one from Jacob U of Orinda, CAe:

18 for a budweiser beer, 12 for a bottle of water!! And then the waiter tried to tell me that even though is not a spot for a tip in the credit card slip he wants to know how much would I like to leave him and stares me down and does not leave my table. when I say gratuity is already included in Italy he told that is not true and demanded a tip. I ended up leaving with my wife and kids after spending $83 on drinks because I did not pay attention to the price with him giving my family a dirty stare!!!!!!!!

A spokesman for Caffe Lavena issued a caveat emptor statement, expressing no shame in their prices:

“People get annoyed when the bill arrives because they do not listen when we hand them the menu even though it states clearly enough that prices are higher to sit outside. They just wave us away and if we insist they get irritated. If they just want a coffee they can have it at the bar for 1.25 euros. If they want to sit outside and enjoy the music of the orchestra, look at the bell tower and the Basilica of St Mark’s, then they are paying for an entirely different experience.”

Caffe Lavena has been getting away with the high prices for years. From Oddity Central:

The Telegraph recently reported that Caffe Laverna has had to deal with complaints about its outrageous prices for years. For example, in 2013, after a group of patrons took to Facebook to express their outrage about their €95 ($109) receipt for four espresso coffees laced with liqueurs. Then-manager Massimo Milanese offered a very similar explanation:

“The prices are there for everyone to see, there really is no doubt. It is for customers to decide whether they want to have a coffee standing up at the bar, or to sit down in the piazza. The cafe was established in 1750 so we are one of the most historic in Venice. It was patronised by Richard Wagner and many other famous people. It’s part of the city’s history.”