Elizabeth Warren wants to save capitalism from itself 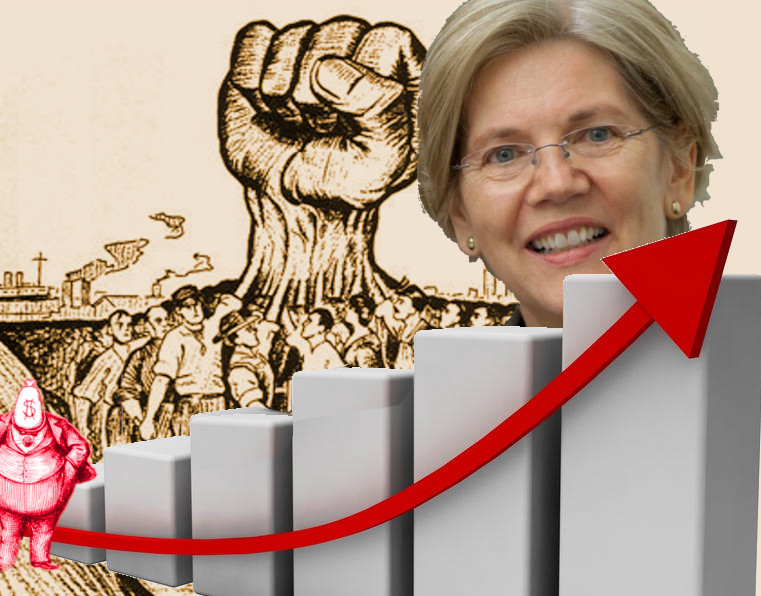 President Elizabeth Warren (2020-2028) has proposed the Accountable Capitalism Act, which will subject US corporations with $1B/year or more in revenue to the "German model" of corporate governance, in which workers get board-seats and financial decisionmaking must take into consideration the impact that decisions will have on "stakeholders" including workers, investors, suppliers, retailers, and residents near plants or facilities.

It's a provocative and clever move, because it will substantially curtail the amount of money that flows from corporations to their shareholders (today, corporations are much more likely to use profits for stock buybacks than wage-hikes or investments in R&D or new products), increase wages, decrease short-term thinking and offshoring, and reduce the incentives that lead the c-suite to engage in corrupt, monopolistic and dangerous practices.

All that, without having to convince Americans to vote for higher taxes.

What's more, as Yves Smith writes on Naked Capitalism, these moves will make these large corporations more profitable in the long-run, because looter capitalism hollows out businesses, alienates their customers, and trashes their suppliers and retailers by recklessly shafting them all, as well as their own workers.

So even if Warren’s bill merely winds up pressuring corporate executives and fomenting debate on “what are corporations for and whose interest should they serve?” that would be a very salutary development. Limited liability companies generate externalities (defaults, violations of laws and regulations that they are unduly willing to risk because executives and officers are not personally liable) that forcing them to be accountable to the communities in which they live is long overdue. And contrary to what lobbyists will lead you to believe, forcing them out of their tunnel-vision, local maximum focus will be good for investors too.