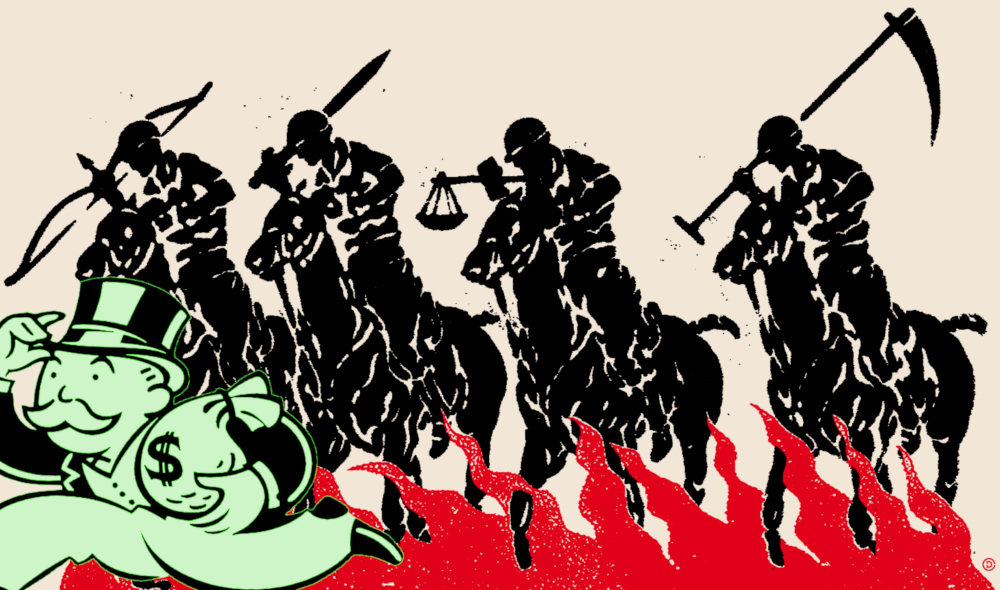 In Walter Scheidel's new book The Great Leveler: Violence and the History of Inequality from the Stone Age to the Twenty-First Century, the Stanford classics prof traces the rise and fall of inequality from humanity's history, showing how over time, the rich get richer and richer, creating an ever-more-unstable situation, until, basically, the world melts down or the people start building guillotines on their doorsteps.

This is entirely consistent with the work of the French superstar economist Thomas Piketty in his magesterial Capital in the 21st Century, where he identifies causes of relatively stable equality as the massive destruction of capital, leading to much-reduced circumstances. The whole world experienced this in the 20th Century thanks to two World Wars, leading to the period of great shared prosperity the French call "the Thirty Glorious Years," when welfare states and public services allowed much broader participation in society, with great strides in productivity and innovation as their ingenuity and diligence were given room to operate.

In the USA, the post-Civil War manumission of enslaved people also acted as a great leveler: a huge percentage of American "national wealth" was in the form of brutalized, enslaved people whose enslavers were the richest people in the country, which allowed their shitty ideas and degenerate culture to drag the nation down. Once they were stripped of their "wealth," America became a much more equal nation (albeit one in which formerly enslaved people were still desperately poor), and again, the broader participation in public life allowed the country to surge past its European rivals.

Scheidel traces these "levelers" much farther back, showing how even ancient Egypt was made more egalatarian by catastrophic upheaval. At the center of his work is the question of whether today's runaway inequality can be peacefully corrected, or whether we're headed for another disaster. Certainly, the spectre of climate disaster, abetted by wealthy hydrocarbon barons who buy inaction with the excess profits from their world-killing coal and oil, seems like a good bet.

Walter Scheidel: When we view history over the long run we can see that this experience was certainly a novelty. We now know that modernisation as such does not reliably reduce inequality. Many things had to come together to make this happen, such as very high income and estate taxes, strong labour unions, and intrusive regulations and controls. Since the 1980s, liberalisation and globalisation have allowed inequality to rise again. Even so, wealth concentration in Europe is nowhere near as high as it was a century ago. America, meanwhile, is getting there—which shows that it all depends on where you look.