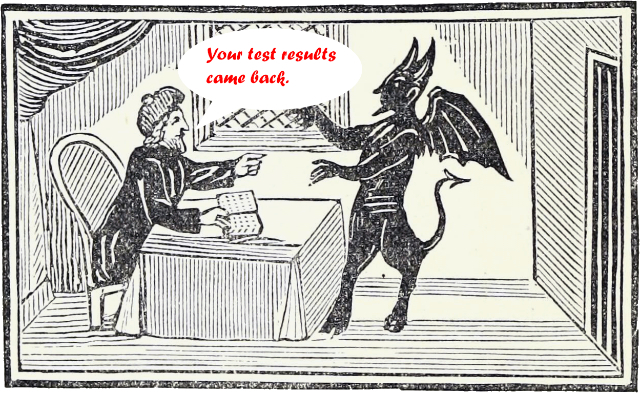 For better or worse, we've been trying to find ways to gauge human intelligence for hundreds of years.

A century ago, Charles Spearman twigged to the notion that no matter what methodology one uses to figure out exactly how much cheese is on someone's mental cracker, the results from test to test, provided each of the methods employed are of equal complexity, should be the same. This is a very simple way of explaining the "g factor:" which Wikipedia describes as "...a variable that summarizes positive correlations among different cognitive tasks, reflecting the fact that an individual's performance on one type of cognitive task tends to be comparable to that person's performance on other kinds of cognitive tasks." So, if you're wicked good at putting together Ikea furniture using nothing but the crap instructions that come in the box, chances are you'll also be good at solving other puzzles, too.

A group of scientists from Germany and Denmark feel that this same principle can also be used to judge exactly how evil a given individual is: if you're a malicious jerk in one corner of your life, the chances are very good that you'll be a sociopath about stuff in other areas as well. They're calling this crosshatching of shitty tendencies a "D-Factor":

Morten Moshagen and his colleagues proposed that a D-factor exists, which they define as the basic tendency to maximize one's own utility at the expense of others, accompanied by beliefs that serve as justifications for one's malevolent behaviors. In their definition, utility refers to goal achievement. For those scoring high on the D-factor, utility maximization is sought despite running contrary to the interests of others or even for the sake of bringing about negative outcomes in others.

Utility in this definition does not refer to utility maximization that is irrelevant of the effect on others-- such engaging in sports to improve one's health, engaging in consensual sex, or recreational activities. Also, it should be noted that those scoring high on the D-factor aren't always uncooperative, as they can be very strategic in choosing when to cooperate. Their key prediction is that those scoring high on the D-factor will not be motivated to increase the utility of others (helping others in need) without benefiting themselves, and will not derive utility for themselves from the utility of others (e.g., being happy for the success of others).

Over at Scientific American, Scott Barry Kaufman goes into great detail describing what information testing someone's D-factor may unlock and suggests a number of questions that could be used to do so.

It's a short, fascinating read.