These $530 pre-distressed sneakers are pissing people off 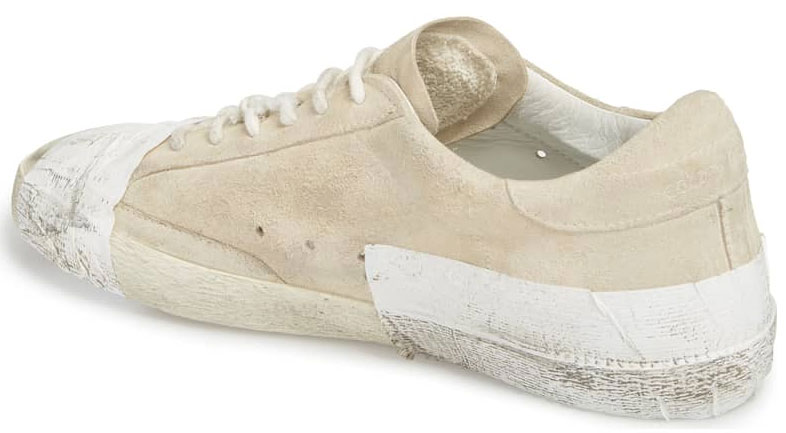 Would you spend $530 on a pair of sneakers that were described like this?

Crumply, hold-it-all-together tape details a distressed leather sneaker in a retro low profile with a signature sidewall star and a grungy rubber cupsole.

Golden Goose comes out with a pair of sneakers listed at $530 that are worn down and kept together by tape. Since when is it a trend to glorify the appearance of used sneakers and poverty? pic.twitter.com/1yLTuitIBX

Poverty is real, I’ve been bullied for wearing thrifted clothes before thrifting was “cool”, and now we have high end brands capitalizing upon many people’s past and current poverty related suffering. Thank you Golden Goose. I hope the designer that came up with this is happy. https://t.co/iixNhxip7T

The new fashion is wearing worn out looking shoes that include taped one that costs a bomb from $530 to $1340.
Glorifying poverty or making a mockery of poverty, can't decide. #fashionstyle #GoldenGoose pic.twitter.com/k8mxvchw4n

Once available at Nordstrom online, these held-together-with-tape sneakers by Italian luxury brand Golden Goose are currently sold out (or removed??). Not to worry, they have plenty of other filthy, overpriced shoes to choose from.