Heather used to be a popular baby name 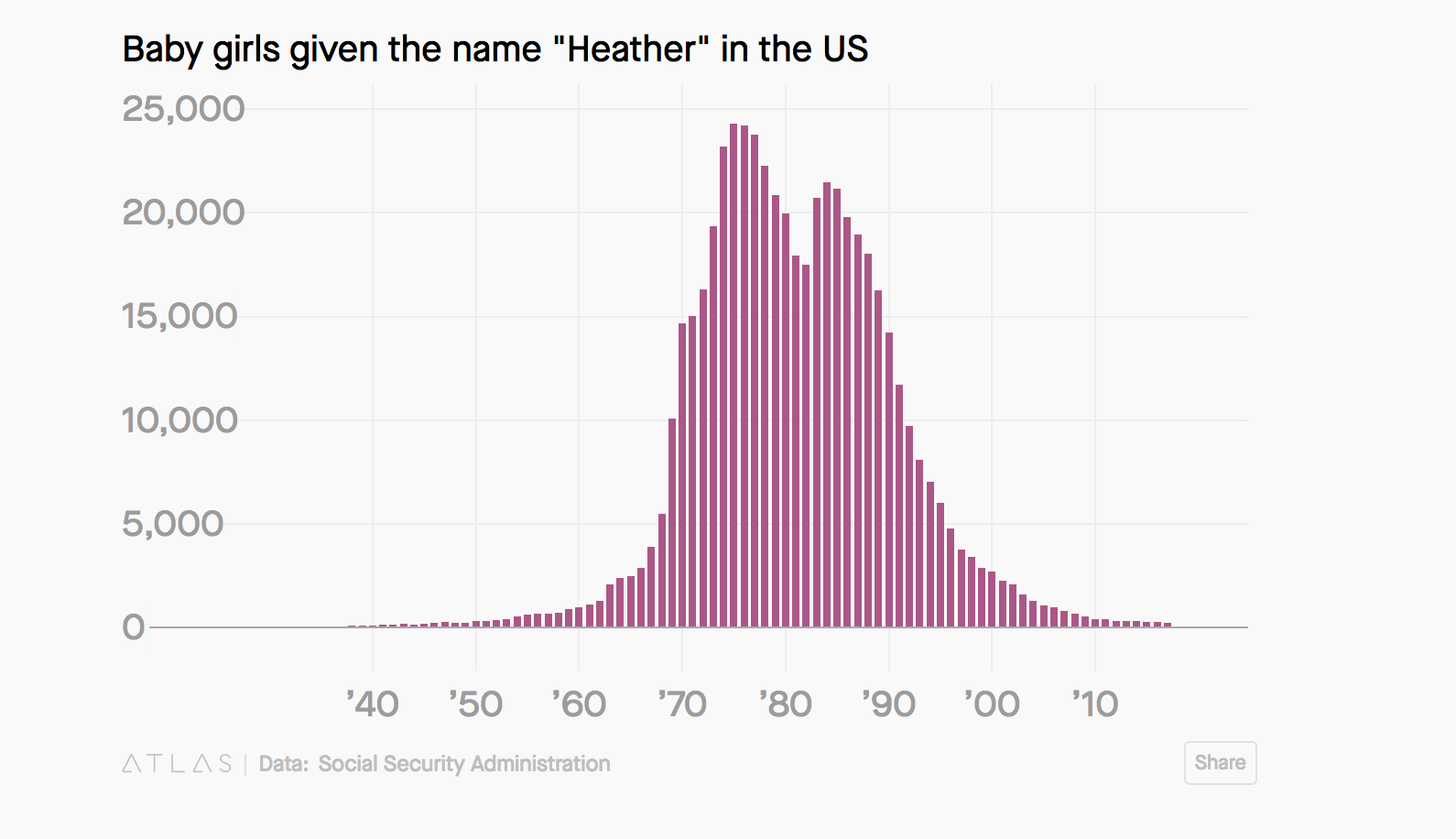 Dan Kopf charts the epic rise and fall of the name "Heather".

A Quartz analysis of US baby-name data that goes back to 1880 finds that no name in history has become so popular and then flamed out quite like Heather. At its peak in 1975, more than 24,000 girls were named Heather, making it the US's third most popular girls name, after Jennifer and Amy. In 2017, it was the 1,129th most popular name, given to only 219 girls born that year.

Zip through 105 years of popular baby names in this interactive map by Mike Barry. Toggle for boys or girls. We've come a long way from John and James and Helen and Mary.