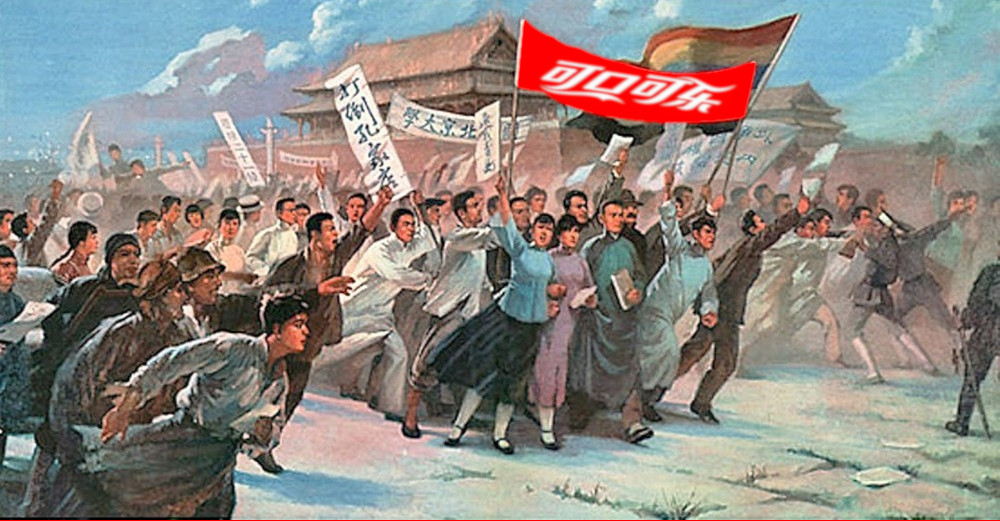 Feizhai kuaile ("fat otaku happiness") is a semi-ironic term used by young Chinese people on social media to celebrate slacking off with sedentary activities and high-calorie snacks, which are given ironic nicknames (pizza is "fat happy pancake" and Coke is "fat happy water").

"Fat happy" living is a rejection of society's high expectations of academic and professional success attained through constant work, and the embrace of "pure and instant happiness" (not to be confused with "decadence and self-abandonment," which is apparently antithetical to "fat happy" living).

It's not clear how "fat happy" fits in with the resurgence in labor-oriented Communism among young Chinese people.

To be clear, “fat happy water” is not water at all, but rather another name for Coca-Cola. More than any other product, the carbonated concoction can be credited for giving birth to the feizhai subculture sweeping across Chinese social media. For less than 3 yuan ($0.44), many young people consider a can of Coke a sweet substitute for slightly larger bottle of water costing slightly less.

“Since drinking water makes me fat too, why don’t I just drink Coke?” wrote one user on microblogging platform Weibo, apparently in need of a physiology lesson. “Fat happy water” has become such a common term that it has even spawned its own merchandise — including water bottles, umbrellas, and hoodies — on e-commerce site Taobao.