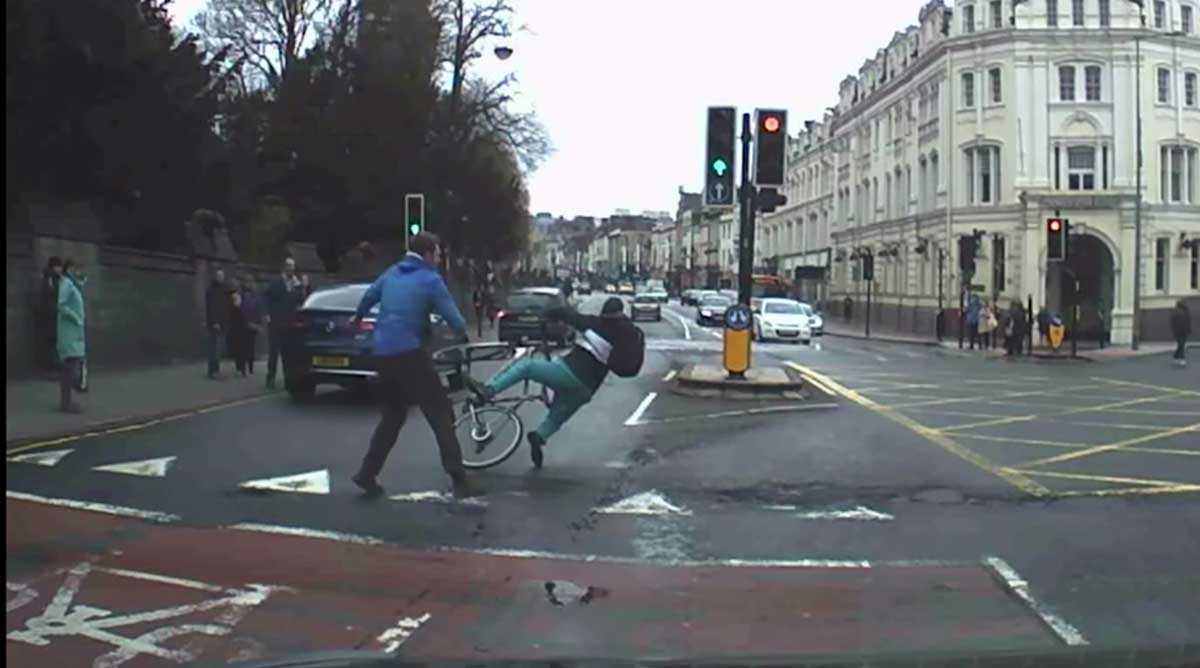 Andy Brown says: "Caught on my dash cam in Cardiff city centre... Turns out he was being chased by Police after being spotted in an altercation wielding a hunting knife!" It's interesting to see how pedestrians work together without any planning to stop an unsavory character from making a getaway.

BBC Two has a new series called “Tribes, Predators and Me.” It’s described as follows: Gordon Buchanan travels to three remote tribes to learn the wildlife secrets of people who live alongside the iconic and dangerous animals we fear the most. Gordon and his crew are also introducing BBC documentaries to remote tribe’s people from […]

https://youtu.be/ZYl23X7pPjY “You know what I see in Tyler? He was told to snip the staple, and he was so concerned on getting the snip just right he didn’t even notice it was a joke. He’s not slow, he’s just super obedient and respectful.” – YouTube prankster