Another article about the revolting condition of San Francisco's streets 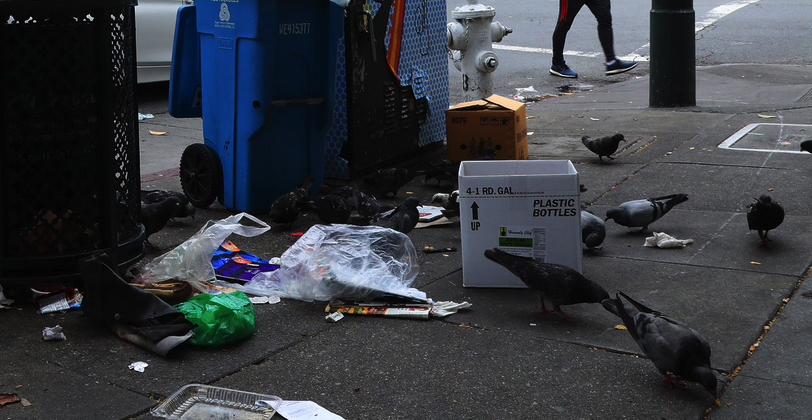 The New York Times marvels at the absolute squalor on San Francisco's streets near fabulously prosperous tech companies in the Tenderloin.

“It’s like the land of the living dead,” said Adam Leising, a resident of Hyde Street.

We met Mr. Leising late one evening after he had finished a shift as a server at a restaurant. As we toured the neighborhood, past a man crumpled on the ground next to empty beer bottles and trash, Mr. Leising told us that the daily glimpses of desperation brought him to the brink of depression.

“We are the most advanced country in the world,” Mr. Leising said. “And that’s what people are having to live with here.”

It's not that San Franciscans want to play hopscotch with human poop, it's just that the thing that would get rid of it—the homeless infrastructure you get in east-coast cities—is such a fundamental challenge to the local mythology that you may as well ask them to lick it off the pavement. They have 4,400 homeless people, but adding just 1000 shelter beds to the 2000 currently available is talked about in this vaguely negative way that becomes more nebulous the more you try and make sense of it.

So instead there are portapotties and cleaning crews: things that are almost as expensive, but which obviously don't work.

shining poop on a hill