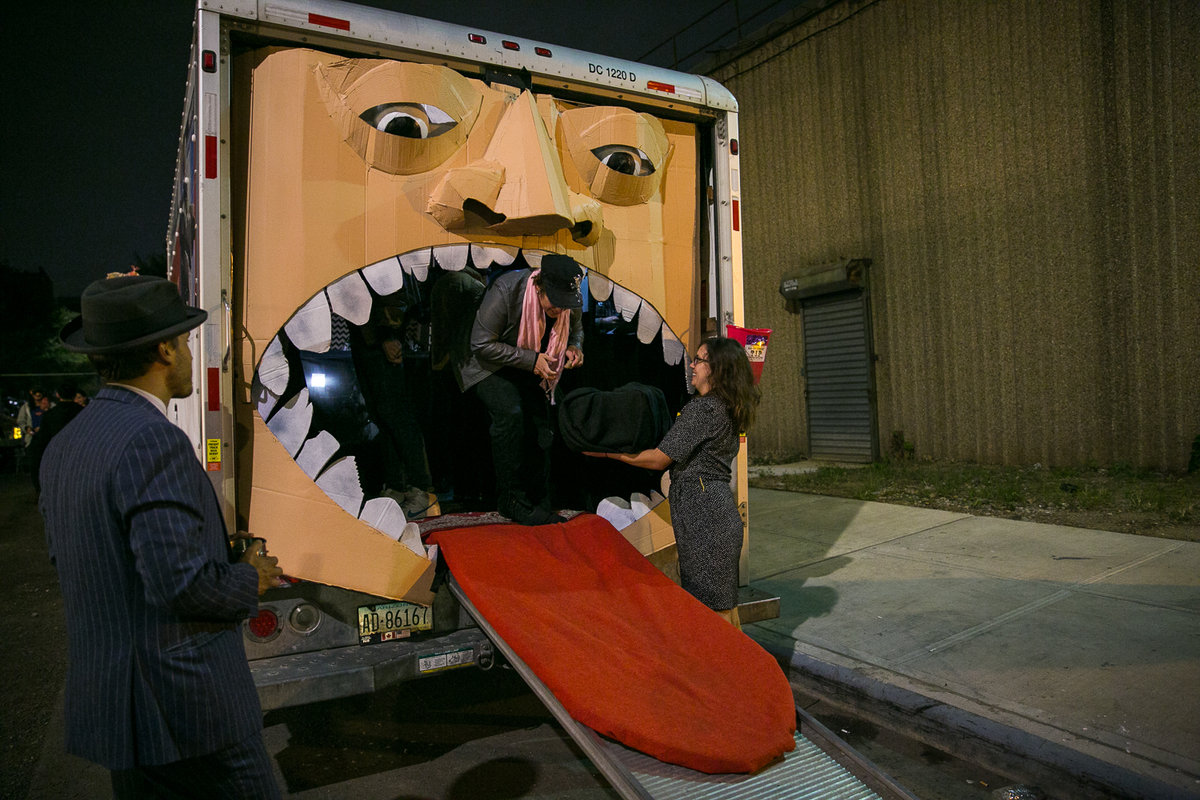 Described as "a transient bazaar that is not publicly announced, where nothing is for sale, and very little trace can be found of it afterward," it's been nearly 10 years since the first Lost Horizon Night Market hit New York City. Since then, this quirky underground event has popped up in other cities worldwide.

This past weekend it was back in Brooklyn.

At a moment when the world seems to be going in a bleaker, more dangerous direction than at any point in our lifetimes, this is a night where New York’s most unusual spectacle-makers gather to share a few hours of pure weirdness and joy.

The Night Market is a shadowy affair, a truly underground, immersive occasion at a time when both those words have been so overused as to be rendered nearly meaningless. There is no mailing list to sign up for or Facebook page to “like”; one only learns of the sporadic soirée through word of mouth, and the market’s location, different each time, is not revealed until the day of. The only instruction truck proprietors receive is to create an interactive art piece within the vehicle’s four walls...

Saturday’s market, situated on two dimly lit blocks in industrial Bushwick, included 19 trucks, ranging from very simple to hilariously convoluted concepts. Each engendered its own atmosphere, engulfing visitors in a tiny world that was consuming enough to let people forget about the real one for a little while...

photos by Alix Piorun for Gothamist, used with permission

Y'all we have made a pillow fight truck, if you just need to smash something and scream tonight. #LostHorizonNightMarket

On a regular street in Brooklyn on a regular night this regular box truck joined nearly twenty others for an ephemeral transformation. Shadowlands was a place for intimacy, sensuality and connection for over a hundred souls seeking something beyond the everyday #losthorizonnightmarket