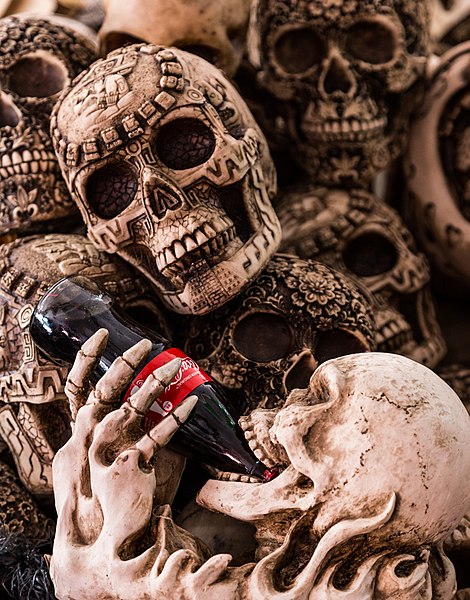 In an attempt to blend English with Maori, Coca-Cola stamps a brilliant blooper onto one of their New Zealand vending machines: "Kia Ora, Mate!" Translation: "Hello, death!"

"Kia ora" is commonly translated as "hello" in Maori, while "mate" can be used as "buddy" in English. But in Maori, "mate" is not the kind of buddy you want to have – it's a word that is associated with "death."

What makes this so ironic is how on the mark the message really is. According to The Guardian:

New Zealand has one of the highest rates of obesity in the developed world with one in three adult New Zealanders classified as obese.

According to statistics New Zealand 50% of Māori adults are obese, as well as 18% of Māori children.

While I was familiar with the internet art of catfishing, I was not aware of the practice of catching catfish by hand, which is apparently called “noodling.” Then I saw this video. And now I question what I’ve been doing with my life (moreso than usual). I don’t know what anything means anymore pic.twitter.com/y4f0UtmcSo — […]