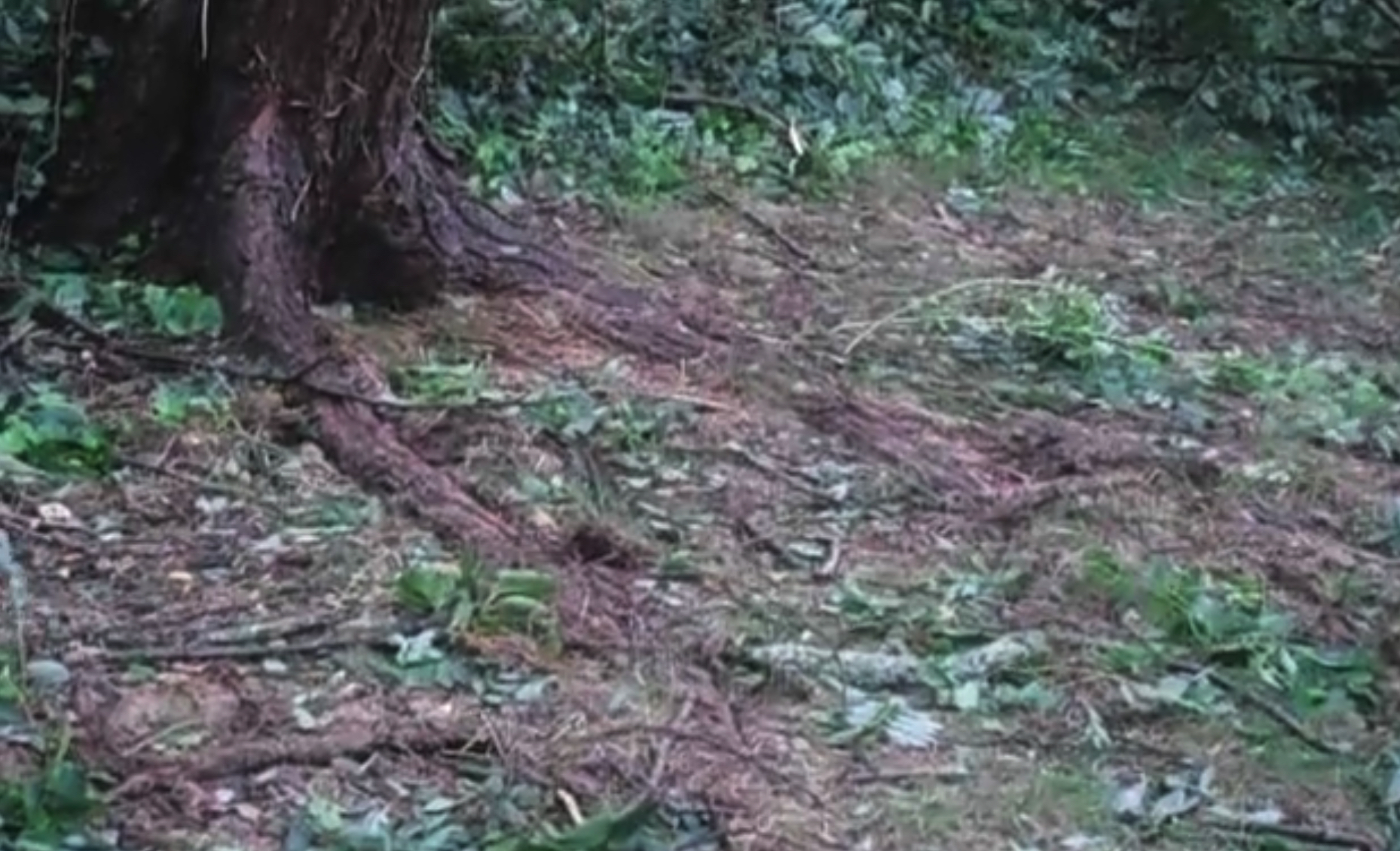 Video from Sacre-Coeur in Quebec (attributed to Jean Arthur) shows the forest floor lift and fall eerily as high winds blast the trees.

Here are some more examples of the phenomenon:

Here's one that shows root systems emerging from the soil, giving the game away for anyone uncertain what's causing the ground to lift: