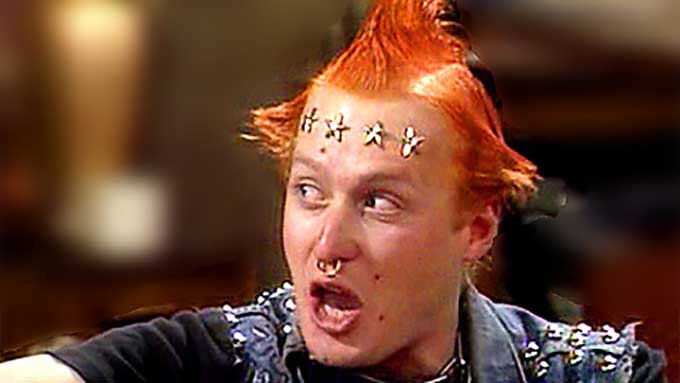 The Ecuador embassy in London is fed up with its obnoxious boarder, Wikileaks co-founder Julian Assange, who has been making a nuisance of himself there since 2012. The platinum blonde 47-year-old perpetual couchsurfer found a post-it note from his housemates stuck to his door, telling him to keep his goddamn bathroom clean and to look after his fucking cat.

Wikileaks co-founder Julian Assange has been given a set of house rules at the Ecuadorean embassy in London that include cleaning his bathroom and taking better care of his cat.

The whistle-blower was sent a memo in which he was warned that his feline companion could be confiscated.

He was also told to look after its "well-being, food and hygiene" in the set of guidelines, written in Spanish.

Image of Vyvyan Basterd from The Young Ones, via BBC2

Is he ever going to leave?