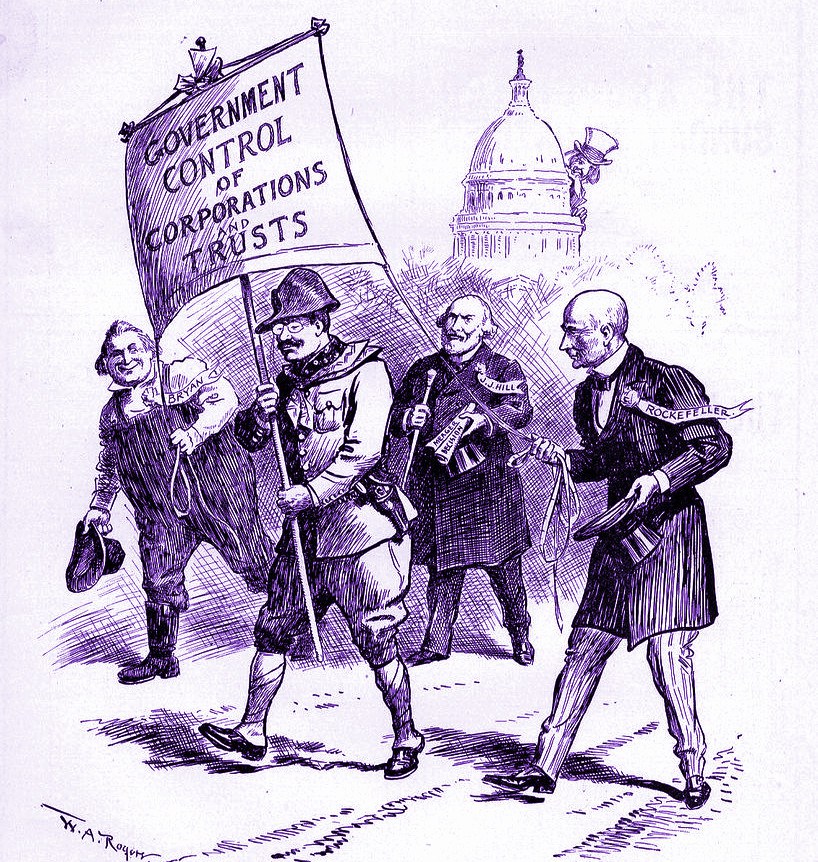 From the Open Markets Institute's Mat Stoller and Austin Frederick, who analyzed the FTC's panel, "The Current Economic Understanding of Multi-Sided Platforms," in which economic experts told the regulator that Big Tech's monopoly power just isn't a problem: "every single economist testifying on the issue of corporate concentration derived income, directly or indirectly, from large corporations. Beyond that, the hearing itself was held at the Antonin Scalia Law School, which is financed by Google and Amazon."

Here's a tldr version of the economists' argument: Big Tech isn't big because we stopped enforcing antitrust, it's because of globalism, network effects and first mover advantage (AKA, "My problems aren't caused by my alcoholism, it's because the world is so screwed up") and, second, "Monopolies aren't as bad as you think they are" (AKA "What's so bad about needing a drink or three every night?").

For instance, one panelist was MIT professor of management Catherine Tucker. She isn’t just a professor, though; she also moonlights at the economic consulting firm Analysis Group, has consulted for Microsoft and Facebook, and has received a $155,000 research grant from Google.

Wharton Professor Katja Seim testified as well. She has a second job working for Vega Economics, which sells analysis to many of the major law firms in D.C., who in turn sell services to Fortune 500 companies. She stressed that one normal red flag for monopoly–“supra-normal” profit margins–should not necessarily concern regulators when it comes to tech platforms. (FF to 7:15-7:45).

Also testifying was Boston University economist Michael Salinger, who also works at Charles River Associates. Salinger markets his services on the website of the group as leading the economics team that helped Google shut down the FTC antitrust investigation. He told the FTC that American enforcers, as opposed to European enforcers, thought about Google’s “innovation and product design” rather than its monopoly power. (FF to 27:00) His colleague at Boston University, economist Marc Rysman, has a side job at Cornerstone Research, a firm that worked on Google’s acquisition of Admob and ITA. (FF to 4:45)

Should we break up the tech giants? Not if you ask the economists who take money from them [Matt Stoller and Austin Frerick/Fast Company]