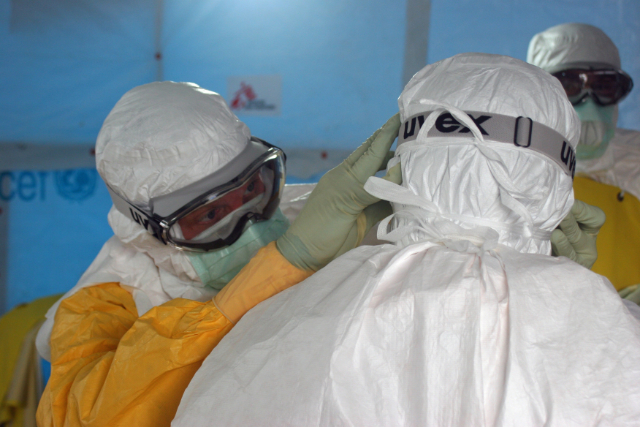 The World Health Organization hasn't classified the outbreak as a world health emergency, yet. But the conditions are perfect for the current Ebola flareup to become an absolute containment clusterfuck. War keeps populations moving as they work to avoid the violence. Displaced people mingle in areas where they may not have in the past – from population centers to refugee camps: anywhere they can shelter from the horrors that drove them from their homes. Given that an individual can carry Ebola for weeks without knowing or showing any symptoms, it's already difficult to know who to segregate from the population without having the potentially infected roaming around. Add to this the threat of violence at every turn and you've got the makings of a disaster.

Image via the U.S. Department of Defense