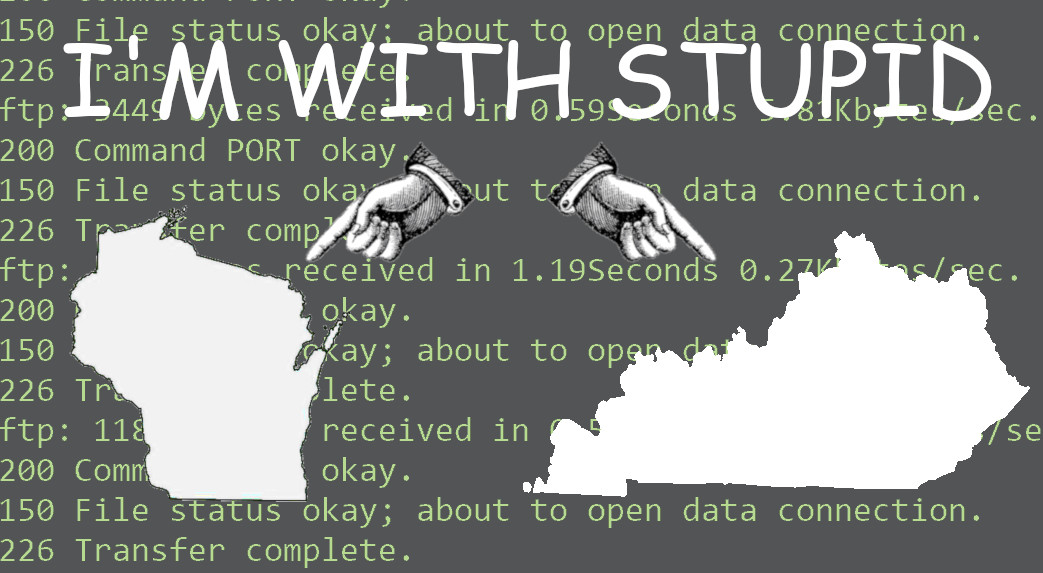 FTP -- the "file transfer protocol" -- is a long-supplanted Unix tool for transferring files between computers, once standard but now considered to be too insecure to use; so it's alarming that it's running on the voting information systems that will be used in elections in Wisconsin and Kentucky tomorrow.

The FBI has warned that "criminal actors" use FTP in targeting US voting systems. The Wisconsin Elections Commission and DHS have reported hacker attacks on Wisconsin voting machines in the 2016 elections.

Propublica portscanned the voting information systems in Kentucky and Wisconsin, which are connected to the fucking internet, and found FTP services being advertised by servers on the machines.

As of late Wednesday, Kentucky’s voter-registration server still allowed users to browse a list of files without a password. Even the names of the files contained clues that could conceivably help an intruder. For example, they indicated that Kentucky may use driver’s licenses on file in its motor vehicle software to verify voters’ identities.

Bradford Queen, a spokesman for Kentucky’s secretary of state, declined to say if running an FTP server was problematic. “We are constantly guarding against foreign and domestic bad actors and have confidence in the security measures deployed to protect our infrastructure,” he said.

“ProPublica’s claims regarding Kentucky’s website lack a complete understanding of the commonwealth’s full approach to security, which is multi-layered. Defenses exist within each layer to determine and block offending traffic.”