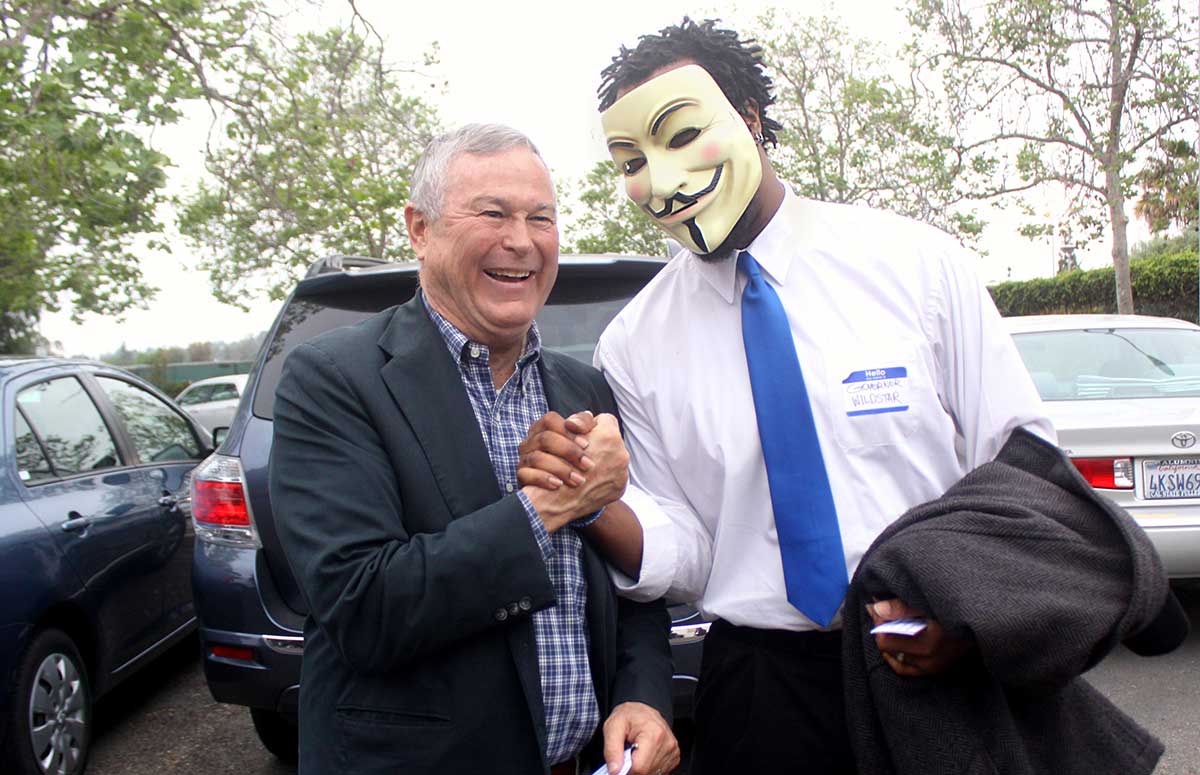 Conservative congressman Dana Rohrabacher (left) will likely lose his job serving the interests of the Kremlin in Congress. In office since 1989, he's known for his strong social conservatism, and for espousing pro-Russian ideas like, "If the majority of people legally residing in Alaska want to be part of Russia then it's OK with me." Interestingly, he was one of the few GOP congresspeople to support the legalization of pot.

Rohrabacher represented Orange County, California, which has long been a GOP stronghold. But changing demographics have weakened the party's control of the southern California area.

From the Sacramento Bee:

Rouda is leading Rohrabacher 50.7 percent of the vote to 49.3 percent, with 100 percent of precincts reporting, according to the California Secretary of State’s Office. However, mail-in ballots can be received until Friday, and the final vote likely won’t be certified until December.

Rohrabacher earned his appellation for his dogged opposition of the Magnitsky Act, which barred members of the Vladimir Putin regime allegedly involved in the death of Russian whistleblower Sergei Magnitsky from entering the U.S. or accessing American banks, according to Politico.

Rohrabacher even says he once drunkenly arm wrestled with Putin in the 1990s, according to ABC News.

Democratic House candidate Harley Rouda discusses the influence of money in politics and in his bid to unseat Congressman Dana Rohrabacher in the upcoming midterms.

Rohrabacher, a 15-term congressman, was so important to Russian interests that the Kremlin gave him his own code name, according to The New York Times.