#ProtectMueller protests demand justice, “Trump is not above the law.” (Video, Photos) 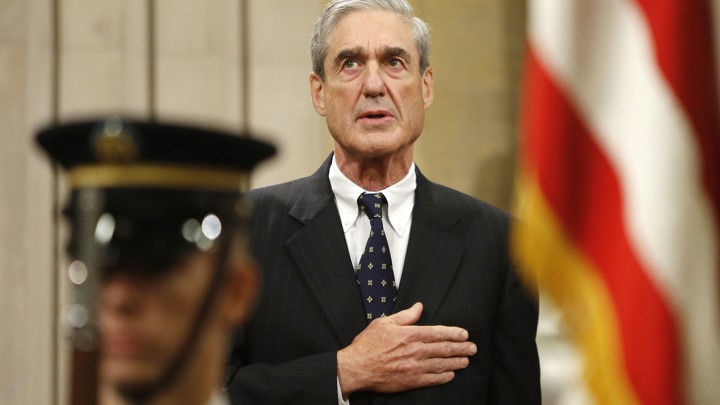 Take it to the streets, America. The investigation into Trump's corruption and likely criminality must not be stopped.

Thousands of Americans from Florida to California gathered to defend Special Counsel Robert Mueller and the system of justice he represents. Below, photos and video from the events, shared live.

LIVE: Nationwide protests to #ProtectMueller are pushing back against Trump's authoritarian moves https://t.co/0wKOiHYGkT

The @IndivisibleMN03 light brigade is here to protest in front of Rep Paulsen’s office tonight asking him to #ProtectMueller. #MN03 pic.twitter.com/4a7Q6kRnFa

.@waltshaub: “Sessions was a terrible Attorney General, but he did one thing right: He recused himself from the investigation. Trump didn’t like that, so he fired him. Nixon tried to do that, and it ended his presidency. It should end THIS presidency, too.” #ProtectMueller pic.twitter.com/CkpMs7ggl6

Thousands of protesters in New York’s Times Square chant “Trump is not above the law.”pic.twitter.com/5wgCPpJyla

Crowd outside the White House now in the thousands #ProtectMueller pic.twitter.com/ksCPayY2ys

We’re at the White House calling on Congress to #ProtectMueller. pic.twitter.com/3yNnTtn3Py

The #ProtectMueller rally in Times Square, seen from above. pic.twitter.com/vbi3b2H2v1

Crowd still growing, streaming in from all side streets. Peaceful.

900+ Rallies held across the county at 5 pm local time. Find one near you ??➡️ https://t.co/eNYQmpa7Qm pic.twitter.com/9JJmqE1SRY

Mother Jones's @MarkHelenowski & @samvanpee are at Times Square covering the #ProtectMueller rally. Here's what it's looking like right now: pic.twitter.com/KF4xifatE6

Tonight at the Boston Commons. #ProtectMueller photo courtesy of my 16 yr. daughter. pic.twitter.com/QIh2Dfs7h0

Minnesotans are out on this beautiful snowy night. Why? For justice For America. #ProtectMueller pic.twitter.com/16CxNF8RDv

Spontaneous rally to #ProtectMueller in #Lancaster, #Pennsylvania's Penn Square this evening. The crowd is chanting #RuleOfLaw. Lots of support from those driving by. #WhitakerMustRecuse #Trump pic.twitter.com/urJSb5Ggs3

.@realDonaldTrump Your hometown wants you to resign. You're unfit to be president and your election was stolen with the help of a hostile regime. #ProtectMueller pic.twitter.com/gXldM8DC0e

More than 300 people @IndivisibleMN03’s protest in front of Erik Paulsen’s office tonight asking him Step Up to #ProtectMueller. #MN03 pic.twitter.com/ktN56b2kTz

1st time protester that made her own sign! Awesome feeling sharing that time together, showing her to use her voice and stand with others to speak up against the wrong in the world! She loved the chants (cheering in her blood)! #ProtectMueller #WhitakerMustRecuse #DumpTrump pic.twitter.com/AbXr5StTBz

@MoveOn Great crowd and energy in Ames, IA. No protest has ever had a crowd this big, believe me! Thank you #IA04 for standing together to protect our country.#ProtectMueller pic.twitter.com/0WY2EV3kqX

We're pulling together our own videos and those from the #ProtectMueller protests all over the country here. Should be a leading story on the news. Will it be? https://t.co/kIZHefUeJL

Thank you, @SenBlumenthal, for joining us on the Green this evening. #ProtectMueller pic.twitter.com/PTKRK5tmMu

Video from the great rally in Downtown Dayton, Ohio to send one message: do not obstruct the Mueller investigation.#ProtectMueller pic.twitter.com/eMlY7TzSlQ