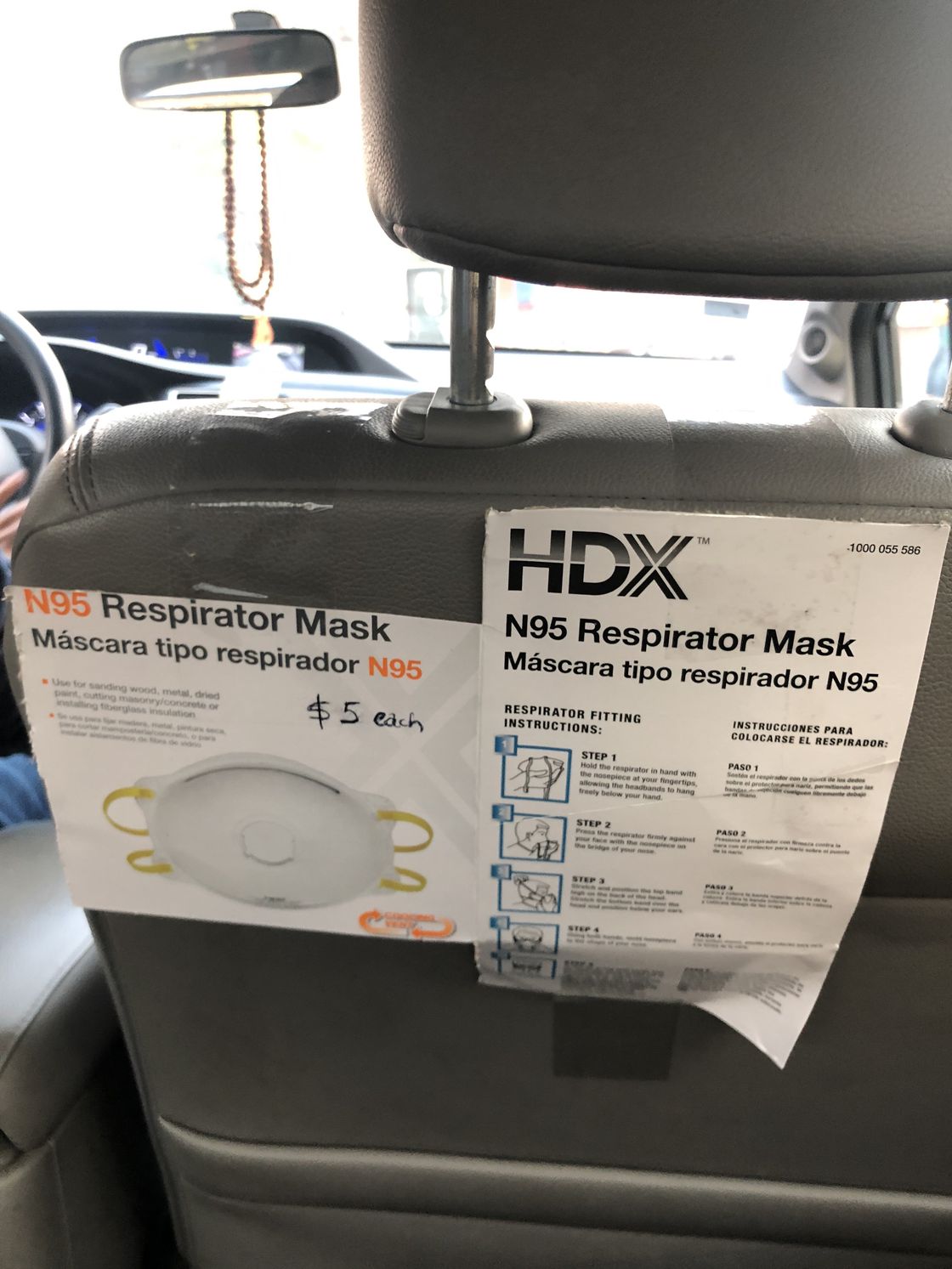 At times this week, wildfires made San Francisco's air the worst in the world, and the city's stores have largely sold out of the N95 filter masks that make the air barely breathable, leading to at least one enterprising Uber driver selling the masks out of his car (at a substantial markup: $5 each, compared with $1.30 each on Amazon in ten-packs); other drivers are giving the masks away for free. (via /.)