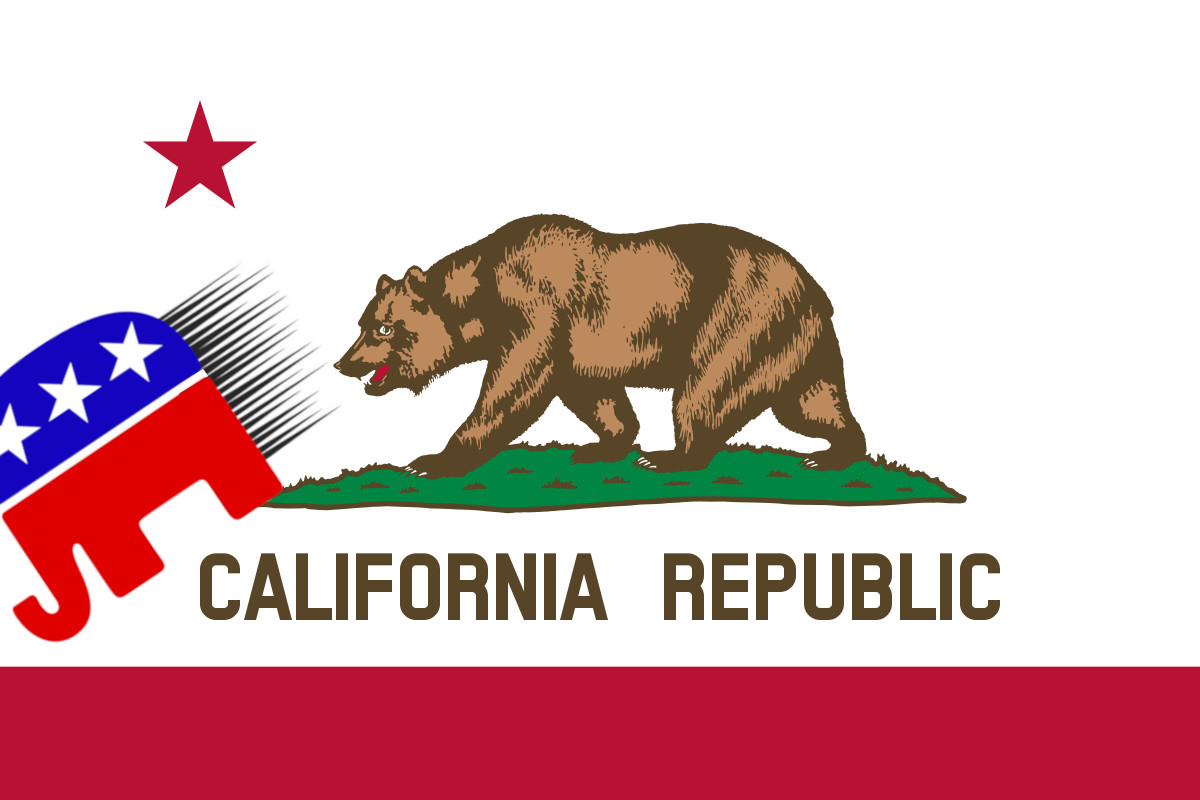 The only way for the party of old white dudes, rape, forced pregnancies, Islamophobia, homophobia, selfishness, pollution, climate denial, unchecked police violence and murder, xenophobia and hatred of Latinx people can get and keep power is by cheating: voter suppression, gerrymandering, etc.

In California, the 2018 elections hold out a hint of what the GOP would look like without cheating. The state party's flirtations with white supremacy 20 years ago with an anti-migration initiative "eviscerated" its support among Latinx people, and ever since, its star has been sinking, and as the national party has moved to defend rape, pollution, climate denial, the elimination of health services for all but the super-wealthy, blanket bans on abortion, and naked hatred of every kind of brown person: Latinx people, African-American people, and any person of Muslim faith or Arab extraction.

The result was a total rout of the California GOP. Even Orange County (political birthplace of Richard Nixon and Ronald Reagan) flipped; and the state's sole Latinx Republican Assemblyman, Dante Acosta, also lost his job.

California Republicans are spitting nails and pointing fingers, calling for the party to be "burned to the ground" and are watching with dismay as the party looks to put the Trumpian Assemblyman Travis Allen in charge of the state party, doubling down on white supremacy in a state that is increasingly brown and/or inhospitable to to anti-immigration white nationalism.

Even the "reasonable" wing of the GOP establishment are pinning their hopes on Californians moving to the right in response to Democrats instituting wildly popular reforms like allowing cities to change their property tax rates, restoring rent controls, etc. Others have taken up the Trumpian conspiracy charge that Democrats are winning due to voter fraud, despite the evidence of any such fraud.

California is not without its problems, and many of these can be traced to right-wing initiatives, like the big money spent to drain the public school system of dollars and funnel them into the charter system; or policies friendly to Silicon Valley tax-cheats; etc. Some are the result of traditionally liberal blocks run amok, like the NIMBYism that has prevented the construction of high-density housing, especially close to transit corridors.

But whatever California's problems are, the state can be thought of as a lesson is what US politics might look like without cheating. After all, the reason voter suppression is so necessary to the GOP holding power in "red states" is that so many of them are primarily composed of people whom the GOP has declared war upon: poor people, people of color, queer people, working people...

“That’s the question: how do you start over?,’’ said Joel Fox, a longtime GOP strategist who publishes the “Fox & Hounds Daily” commentary site. He says the answer will be more wide-ranging than finding “one dynamic leader” — celebrity or billionaire — to rescue their cause.

“The rise of the Republican Party may really depend on the Democratic Party,’’ Fox said, and how it handles the heady times of having a $14 billion surplus and a supermajority under the leadership of the incoming Governor-elect Gavin Newsom. If progressives try to push their agenda too far, and land too many pro-tax ballot measures in front of the voters in future ballots — including revisions of the landmark property tax measure Prop. 13, soda taxes and oil taxes — it’s possible they will create an opening for the GOP to return to viability.

Not everyone agrees that Trump is the cause for the party’s bottoming out. This week, former state GOP chair Shawn Steel, a member of the Republican National Committee, argued in an op-ed published in the Washington Examiner that “it’s not Trump” who lost Orange County dominance for the party. He laid the blame on millions of dollars in “dark money” raised by Democrats, who he said were aided by better organization and help from the tech industry in Silicon Valley. And — without any substantiation — Steel also claimed Democratic voter registration drives produced “borderline fraudulent turnout rates” in some key districts.