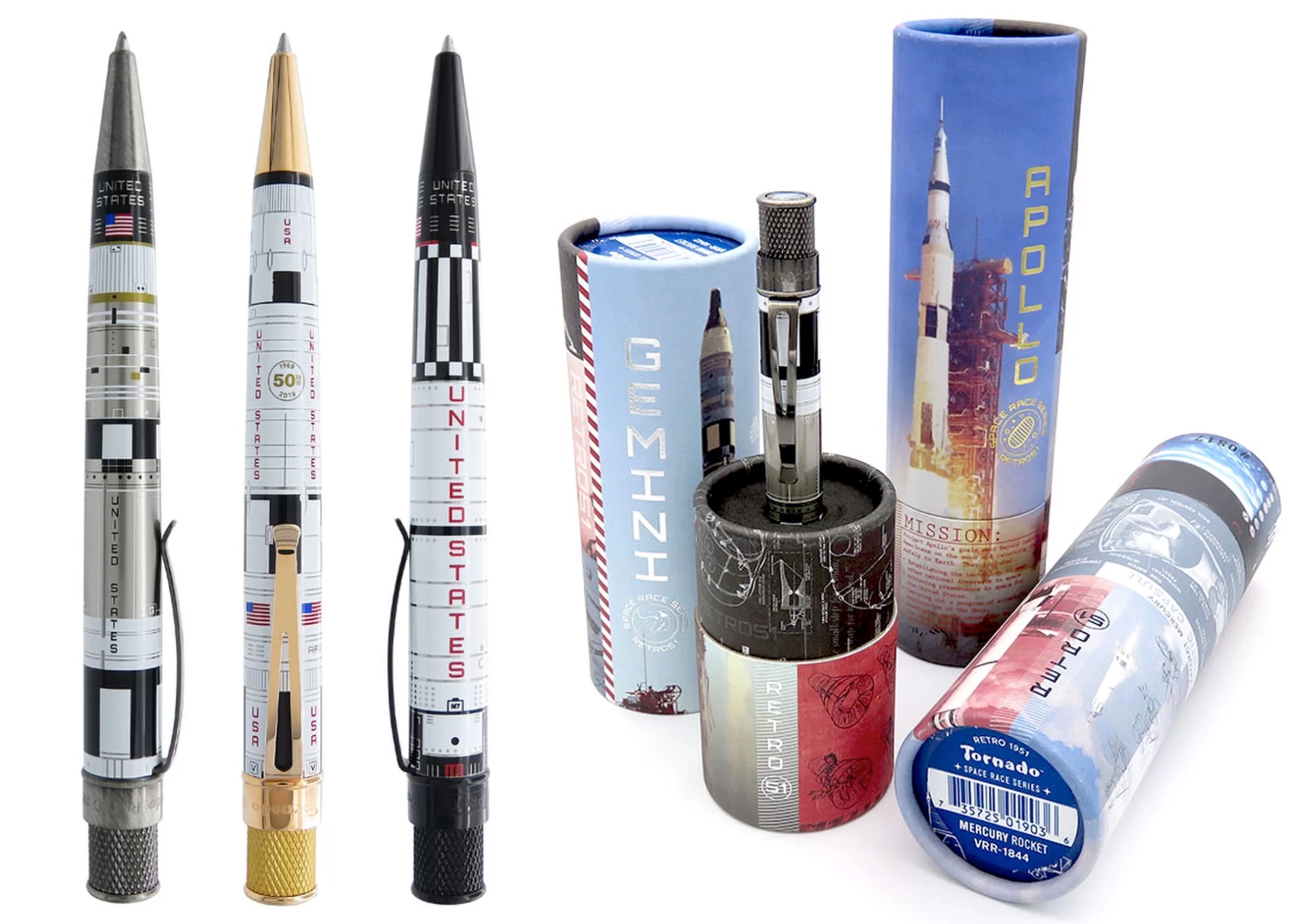 Retro 51 has issued this handsome series of rocket pens that celebrate NASA's launch vehicles of the space race era. The line includes a Mercury-Redstone, Gemini-Titan II, and the Apollo-Saturn V that carried all the astronauts who traveled to the moon. (No word on whether the pens work upside down.) From Space.com:

The Mercury and Gemini pens retail for $50 each. The Apollo pen is priced at $60.

The pens are also offered as a boxed set with matching serial numbers for $170.

Retro 51 will be donating a portion of the proceeds from each pen to the Astronaut Scholarship Foundation (ASF). Over the course of the past three decades, the Foundation has awarded more than $4.5 million to more than 500 U.S. college students excelling in science, technology, mathematics and engineering degrees.