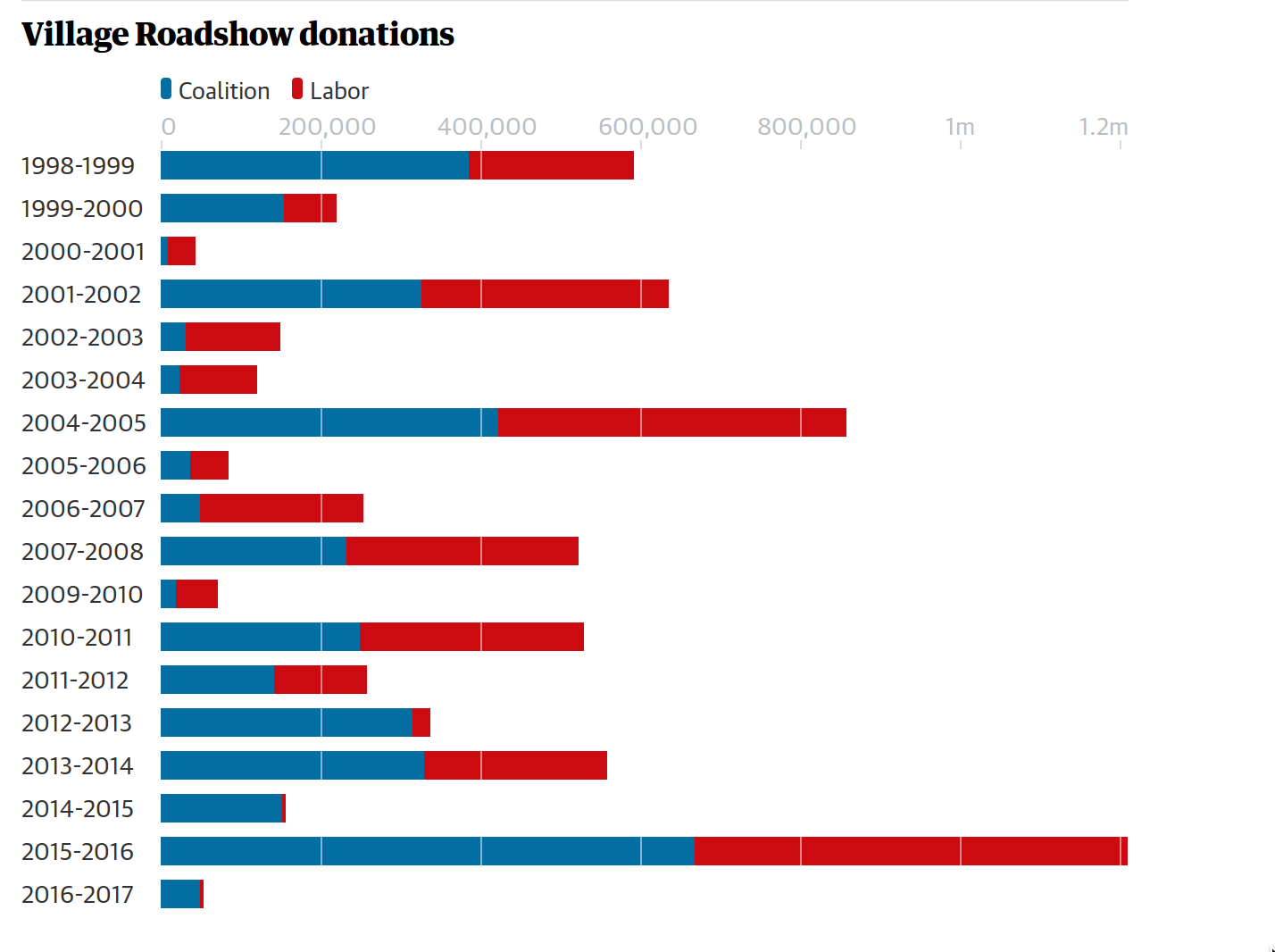 Australia just passed into law one of the world's most censoring copyright law, which allows the country's media giants like Village Roadshow to use one-sided administrative process to get court orders to censor any website whose "primary effect" is infringement, then use those orders to force search engines to delist any site so blocked, and then recycle those orders to block for any site or service that "provides access" to a blocked site or service.

In other words, Village Roadshow can now censor any site it doesn't like, without the site's operators being present to argue their side, and then block search engines from displaying that site's contents, making it virtually impossible for everyday Australians to learn that the site has been blocked -- and they get to block tools like VPNs that might allow people to get outside this censoring national firewall that they get to run.

Village, one of the bill’s key backers, refused to tell Guardian Australia how much it donated to the parties in the months leading up to debate. Australia’s weak and sluggish donation disclosure requirements mean their contributions for 2017-18 will remain secret until at least February.

The Queensland University of Technology intellectual property and innovation law expert Matthew Rimmer said that made it impossible for the public to tell how Village may have attempted to influence the process.

“We should have real-time disclosure of donations,” Rimmer, a critic of the bill, said. “We don’t know at the moment whether Roadshow or other copyright owners contributed to the Coalition, ALP, Centre Alliance and the Greens. We don’t know whether ISPs and search engines made political donations to try to stop the bill.