Clash of the corporate titans: Who's spending what in Europe's Copyright Directive battle 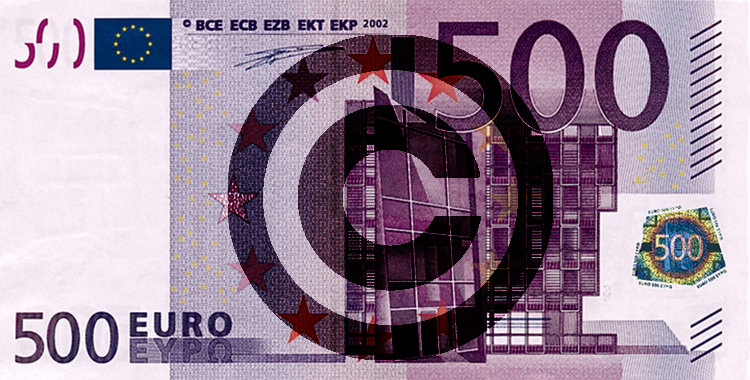 There's been a lot of money thrown around to determine the future of the Internet in the EU, but despite the frequent assertion that every opponent of the new Copyright Directive is a paid puppet for Google, the numbers tell a different story: according to the watchdog Corporate Europe Observatory (CEO), the entertainment industry are the biggest spenders by far, and they have obscured that fact by using dodgy accounting to make it look like Google is buying out the European Parliament.

The fight over the European Copyright in the Single Digital Market Directive has been a long one, but it boiled over last spring, when control over the Directive passed into the hands of the German MEP Axel Voss, who reversed his predecessor's decision to drop one of the Directive's most controversial clauses (Article 11, the "link tax" that forced publishers to charge for licenses to include more than a word or two in links to their news stories) and jettisoned the compromise work on the other controversial clause (Article 13, which makes online platforms liable if their users post anything that infringes copyright, even for an instant, which will require expensive black-box algorithmic censorship to accommodate).

Since then, the lobbying and public debate has been fierce. Roughly speaking, there are three sides:

Amazingly, Group 1 -- the entertainment lobby -- has spent much of this debate insisting that the third group doesn't exist: that everyone who opposes the directive is directly or indirectly working for the big tech companies. This is the European Copyright version of insisting that everyone who disagrees with you is actually being paid by George Soros to get in your way.

What's more, Group 1's contention has been that Google has lavished incredible sums of money and despatched an army of lobbyists to Brussels and Strasbourg to influence the outcome of the debate.

Luckily, there's no need to argue about this question: we can just refer to the data, which CEO has handily published all in one place.

The picture that emerges from the CEO data is one where the entertainment industry completely dominates the spending and lobbying on the new Directive (unsurprisingly, as they've been at it longer and have deeper ties to MEPs, Commissioners and other officials who deal with copyright). Google and its fellows in the tech industry have also spent and lobbied a lot, but the entertainment sector lobbied a whole tonne.

What's more, the entertainment industry's own strategic plans turned on creating the false perception that the opposition to the Directive was just Google's influence campaign writ large ("From the music side, this week’s lobbying is focused around two points: convincing politicians of Article 13’s necessity on one hand, and criticising Google’s lobbying on the other").

The false narrative about Google's big spending was bolstered by bad accounting: the UK Music Industry body accused Google of spending €31m on the Copyright Directive. But they arrived at that figure by adding the €6m that Google spent on all of its EU lobbying, on every issue, and adding it to the total budgets of every organisation and coalition that Google belonged to. As is so often the case, an imaginary number multiplied by a very large number produced an even larger number, but that didn't make it a real number.

Between the entertainment industry's blitz and the more fumbling lobbying attempts from Big Tech, it's no wonder that staffers for Green MEP Max Andersson called the Copyright Directive the "most intense lobby effort so far."

Given the big noise that corporate money was making in the debate, it was hard for civil society voices to be heard. This was worsened by the entertainment industry figures' insistence that the flood of emails from their constituents was a kind of attack. For instance, an editorial by Volker Reiker (owner of File Defender, a company that "helps clients to receive copyright remuneration for their work") denounced the letter-writing campaign sponsored by Copyright for Creativity, a coalition of which Google is a member (along with numerous co-equal civil society groups who often oppose Google in regulatory and policy matters). He wrote multiple editorials accusing Google of being civil society's puppetmaster, which entertainment and publishing industry groups translated and circulated.

While these libels were without merit, there's some irony here in that the only vocal player in this fight whose financial backing is not disclosed, and whose lobbying activity is not registered: "Netopia," fronted by Swedish gaming industry lobbyist Per Strömbäck. Despite its extensive activities, Netopia is not registered with the EU's Transparency Register, and the source of the dark money that paid for things like a €50,000+ campaign by the lobbying firm MSL Brussels is a mystery. Even more ironic: Netopia is the most vocal proponent of conspiracy theories that accuse civil society organisations of being secretly funded by the tech lobby to carry water for it.

The EU is at a crossroads: eurosceptic movements are on the rise, and their stock-in-trade is the accusation that the EU is a tool of corporate money, unresponsive to the needs of Europeans. The EU has not helped itself in this regard: its transparency rules are wildly imperfect, making it difficult to get a full picture of who spent what in this record-setting lobbying cycle.

But Group 3 -- the experts, the academics, the civil society groups, the four million Europeans -- are the people whom eurosceptics say the EU ignores. It can ill afford to do so this time.