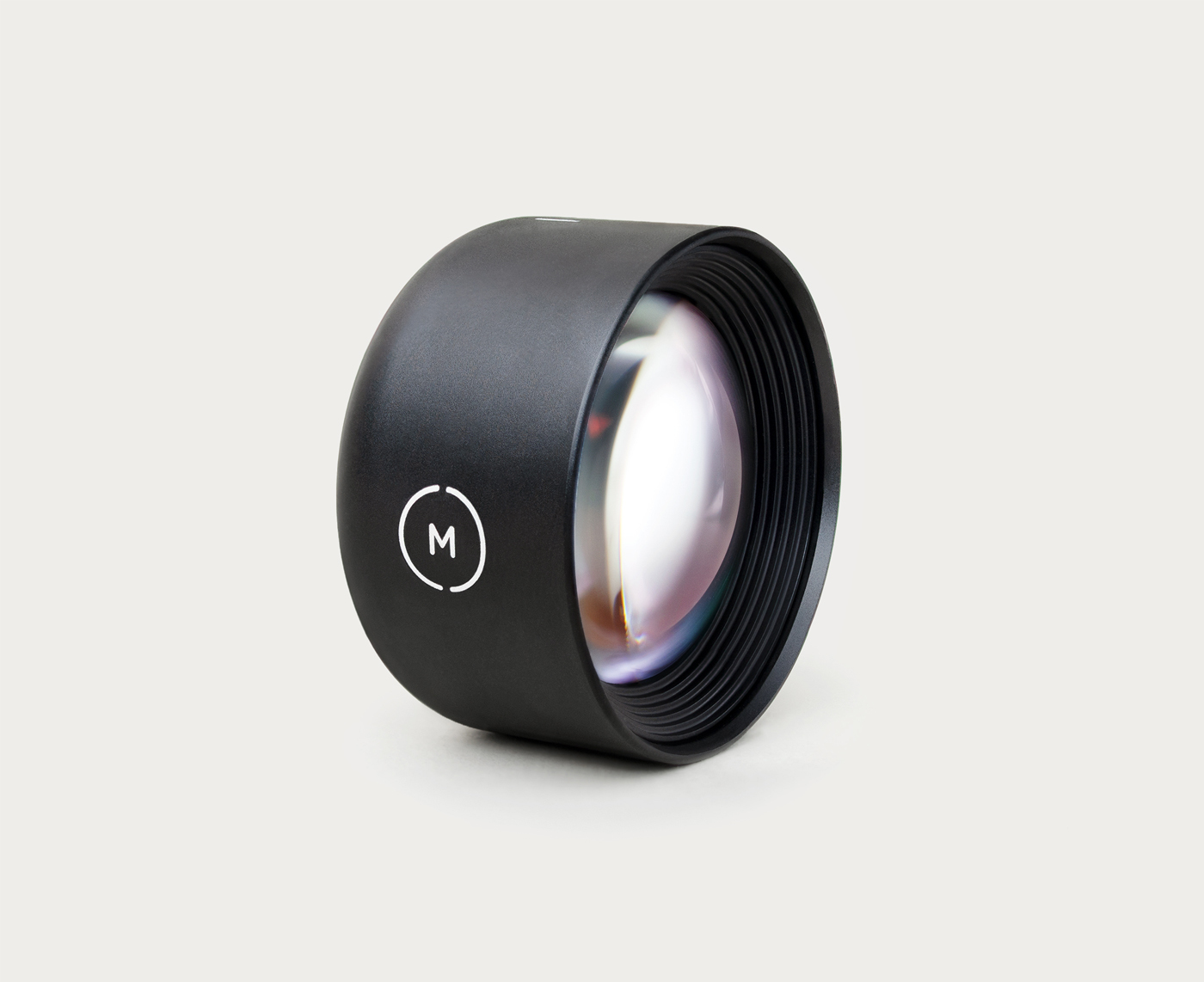 Not bad! But here's the thing: when you use the 60mm with a dual lens camera phone, like the iPhone X, which typically has a wider field of view, the images captured aren't as crisp at the edges as they are in the center. With the photo above, I was able to crop and correct for some of this in Lightroom, but it's a pain in the ass. So, outside of using the 60mm lens for the occasional portrait, I kind of kicked it to the curb. Enter Moment's 58mm Tele lens. It's designed to sort this fuzzy edged nonsense out. If you own a single lens smartphone and already own the 60mm tele, there's no need to upgrade. But, if you're rocking a dual lens camera phone, it might just be worth your while.

Let me level with you. I'm a photography enthusiast and I take a lot of product shots for work--but I'm not a camera guy. I like my gear to work without my having to give it too much thought, leaving me to fret over image composition, light and such. So, for anyone that wants to know what fundamental technical differences there are between the old 60mm and the new 58mm lens, I reached out to Moment for a quote. Here's what they told me:

The 60mm is a five element design and this is a 6 element design so more glass for a higher quality experience. Secondarily we looked at both single and dual lens phones and worked on a design that would be sharp in both scenarios. The 60mm was designed when only single lens phones existed so you could build a design of a single set of optics. Now with dual lens phones we have to look at both and how a telephoto when designed off a 24-28mm wide phone lens does against when you mount it over a 56-58mm tele phone lens.

I understood about 80% of that, but I catch their drift. Using the new lens over the past few weeks while bumming around south Texas border towns, I've found the image quality that the 58mm provides to be very agreeable, both for checking out subjects at a distance and as a portrait lens. I thought about posting some photos that I snapped with here, as part of the review, but nah: it's been so overcast down here these past few weeks that most everything I've taken is sorta hot garbage--not due to the lens, or even my skill level. It's currently just kinda dismal around these parts. Once I have something that feels worthwhile, I'll pop back in here with it.

Now, the bad news: the Moment 58mm Tele lens costs $100. If you don't already own a Moment case for your phone, you can add $30 on to that or $90 for one of Moment's battery cases (Nomad has a couple of really nice looking Moment compatible cases as well--do what you feel is right). That's a big investment for anyone, especially if the majority of the photos you take are spur of the moment duck face shots with you and your pals. But if you're really into mobile photography, or feel like you could be, investing in the lens, along with the rest of Moment's gear, could bring you some satisfaction. I'll likely be using these things for years to come.

Images via Moment and Seamus Bellamy