Drones deliberately taunting Gatwick Airport, shutting it down for nearly 24 hours so far 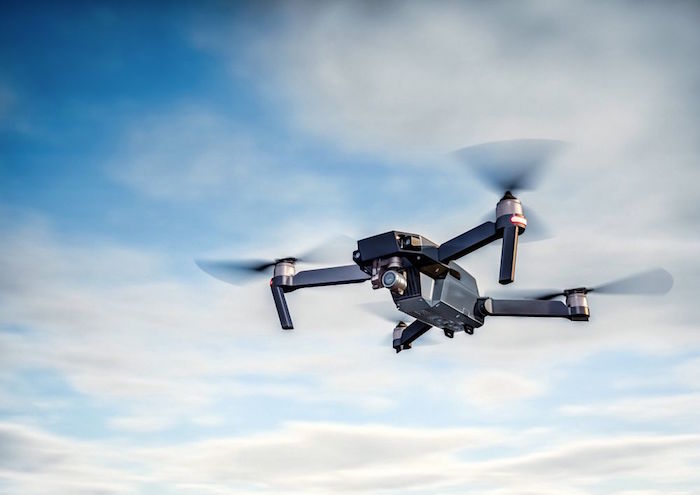 Police are on the hunt for the owners of disruptive drones that have shut down London's Gatwick Airport for nearly 20 hours, preventing flights from taking off and landing. And these aren't your usual off-the-shelf drones, either. Police describe them as "industrial specification" drones, meaning they are "something bigger or more complex," according to CNN.

This is Gatwick's busiest time, with over 100,000 passengers stranded until the drone operators are located.

But locating them hasn't been easy.

"Each time we believe we get close to the operator, the drone disappears; when we look to reopen the airfield, the drone reappears," Sussex Police Superintendent Justin Burtenshaw told the UK's Press Association...

Aviation expert Jon Parker told CNN he'd "seen nothing on this scale before," in terms of deliberate disruption by a drone to a major UK airport.

Usually, an airport shuts down for only half an hour when a drone disrupts an airport, but this case is different.

"The usual practice (when a drone is spotted) is to suspend flights for half-an-hour, which is the usual battery lifespan for drones," explained Parker, a former Royal Airforce fighter pilot and head of drone training company Flyby Technology.

But in the case of Gatwick, "whoever is responsible for this has had several batteries and have brought their drones back to the ground to put new batteries on them," he said.

Passengers describe the scene at Gatwick as "total chaos" and "utter shambles."

Passengers stranded at Gatwick in the early hours of Thursday described "total chaos" inside the terminal, with flights suspended and little information from staff.

Eddie Boyes, who was due to fly to Odessa in Ukraine, was stuck at the terminal with his wife and four-year-old son for nine hours. He told CNN they had received "no information from the airport -- any information I have managed to get has been from social media. "We have been given food vouchers totaling £30 ($38), offered a hotel room initially but very shortly afterwards this was retracted." "People are sleeping on the floor in south terminal," he said, adding it was an "utter shambles."

I’d say it’s looking increasingly likely that the @Gatwick_Airport #drone incident is a deliberate act to disrupt, rather than another ‘rogue’ drone operator... Not much that the regulations or training could do to prevent this if so. @BBCNews @SkyNewsBreak

(1/2) It is totally unacceptable to fly drones close to airports and anyone flouting the rules can face severe penalties including imprisonment.

Anyone operating a drone must do so responsibly and observe all relevant rules and regulations...#Gatwick #Gatwick_Airport

(2/2) The rules for flying drones are designed to keep all airspace users safe.

The CAA's Dronecode provides advice on how to fly your drone safely and follow the rules. you can see it at: https://t.co/avAtyxPdQZ.#Gatwick #Gatwick_Airport