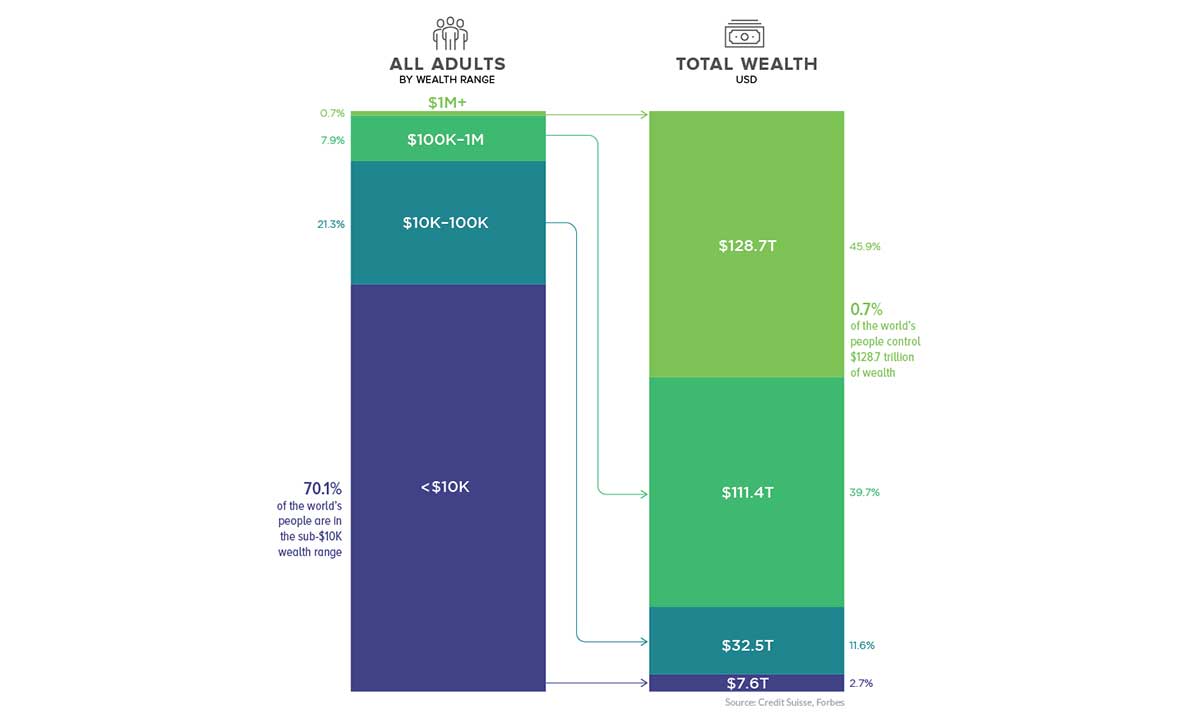 A graph from Credit Suisse/Forbes reveals that 0.7% of people on the planet own 46% of the world's wealth. That tiny percentage controls $128.7 trillion and they've done a good job convincing the 70% who own less than $10,000 that rich people deserve tax cuts.

Oops the proletariat did it again. View this post on Instagram Communion goes beyond walls 🌹🌹🌹 A post shared by Britney Spears (@britneyspears) on Mar 23, 2020 at 12:42pm PDT Britney’s bluntly communistic instagram post is not her own original material; rather, it’s a quote and image she stole from writer/artist Mimi Zhu, creator of […]

Watch this immediately.@CBSThisMorning’s @tonydokoupil using an epic pie analogy to show how the plutes own everything. pic.twitter.com/p4AShY04rA — Anand Giridharadas (@AnandWrites) January 31, 2020 I knew the ultra rich own almost all the wealth, but this video really drives the point home in a powerful way. I was shocked all over again.

When things start getting crazy globally, rich people start looking for backup plans. Bloomberg looks at the uptick in people with enough wealth to secure a second passport, or even multiple passports.