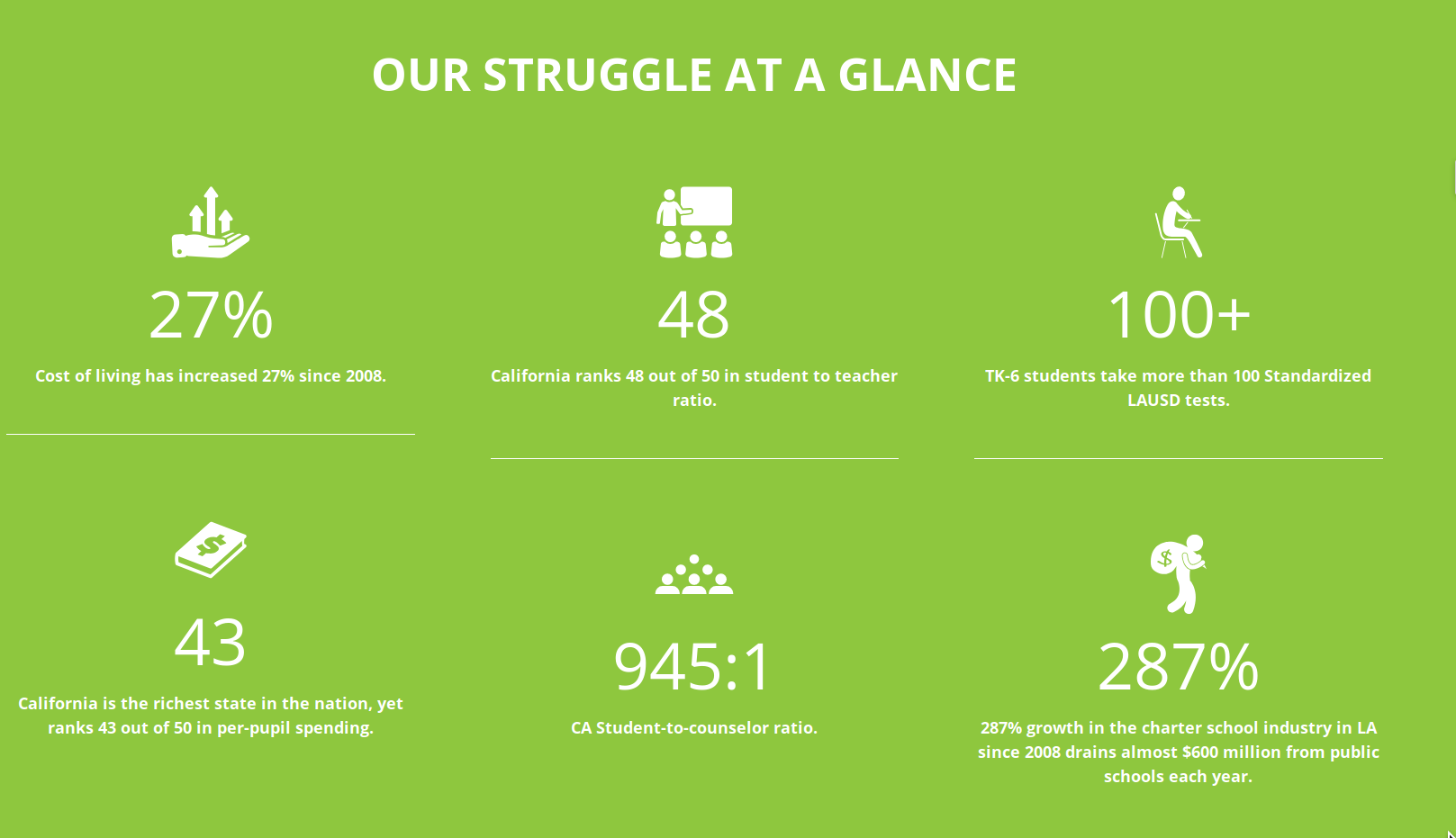 30,000 employees of the LA Unified School District are preparing to go on strike tomorrow, demanding a reversal of the trend to privatizing public education.

The 400 will be joined by 2,000 non-teachers-union LAUSD employees with teaching credentials who do not currently teach (these employees may end up sympathy striking instead). 4,400 more scabs are lined up and ready to go if the strike continues.

The scabs will be paid steep premiums for crossing the picket line: for example, union K-12 substitute teachers make $190/day, while the scabs who replace them will make $227-$315/day.

The school board is also hoping that parents will cross the picket line and volunteer in schools. Parents who want to help support the teachers can join We Are Public Schools instead.

In theory, any L.A. Unified employee who is not a UTLA member is supposed to report to work during a teachers strike. But workers in some of the five other employee unions in L.A. Unified may choose not to cross the picket line.

The unions have different stances on the issue.

SEIU Local 99, which represents close to 30,000 service employees including teacher assistants, bus drivers, food service workers, gardeners and custodians, has warned members that their jobs may be at risk if they choose to strike, but is asking members at schools to let the union know if at least 80% on a given campus plan to join a sympathy strike.

“We are still assessing how many school sites will participate in sympathy strikes,” SEIU 99 spokeswoman Blanca Gallegos said in an email Thursday. “We are using the 80% threshold as a way to ensure that workers are protected through strength in numbers.”