Even as Google was making nice during employee walkout, it was secretly asking the Trump administration to ban email labor organizing 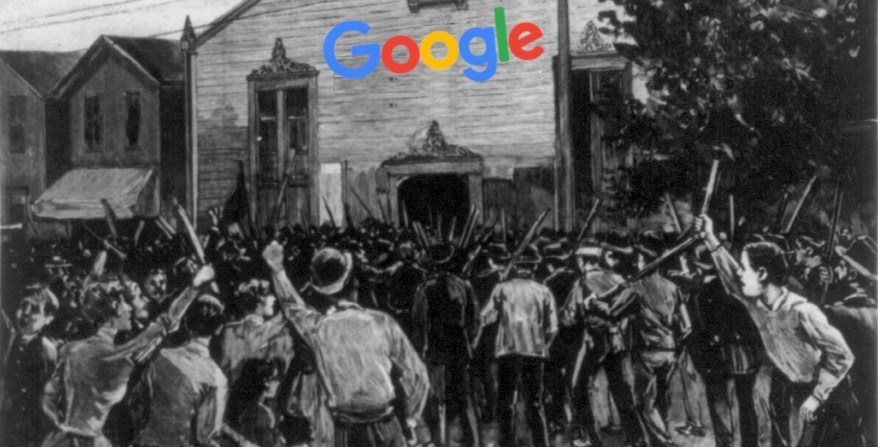 Last year, Google was rocked by a string of employee uprisings: first over selling AI tools to the Pentagon for use in drone development; then over the clandestine development of a censored Chinese search-product, the over the revelation that Android founder Andy Rubin was given a $90 million payoff to get rid of him after repeated sexual harassment and sexual assault allegations.

Google's strategy for the world's tightest labor market has been to evince ethical principles as a means of enticing workers who want to do good in addition to doing well. Any technical employee at Google can walk out of their job and into an equivalent one at a Google competitor, so keeping its workforce happy has been key to its survival.

That's why it's shocking to learn that even as Google's senior management were praising their workers for their engagement and organizing and promising to hear their grievances, the company was secretly asking Trump's National Labor Relations Board to reverse the Obama-era rule that allows workers to use their work email to organize to push back against their employers, and to restore the Bush-era rule that allows employers to discipline or fire workers who do so.

Google claims that this was not lobbying, but rather, "a legal defense that we included as one of many possible defenses" in a case before the NLRB.

If the Labor Board did what Google wanted, “it would have a huge chilling effect,” said Google employee activist Colin McMillen, one of tens of thousands around the world who participated in a November walkout following revelations about the company’s handling of alleged sexual misconduct. Google’s employee email system played a pivotal role in the organizing for that protest, he said, with more than a thousand workers joining an email list used to plan it. Given that employees are spread around the globe and don’t have most co-workers’ personal emails, he said, company email is key to facilitating workers’ ability to mobilize. McMillen currently works at Google’s Cambridge, Mass. office, but said he had quit his job and his last day is next month.

"It demonstrates that Google leadership is not operating in good faith,” said McMillen. "They can have a town hall and try to say soothing words and get people to not want to quit, but then if in the background they’re not just rejecting carrying out most of the demands of the walkout, but also trying to tamp down our ability to even coordinate and talk to each other about these issues, that’s extremely concerning."