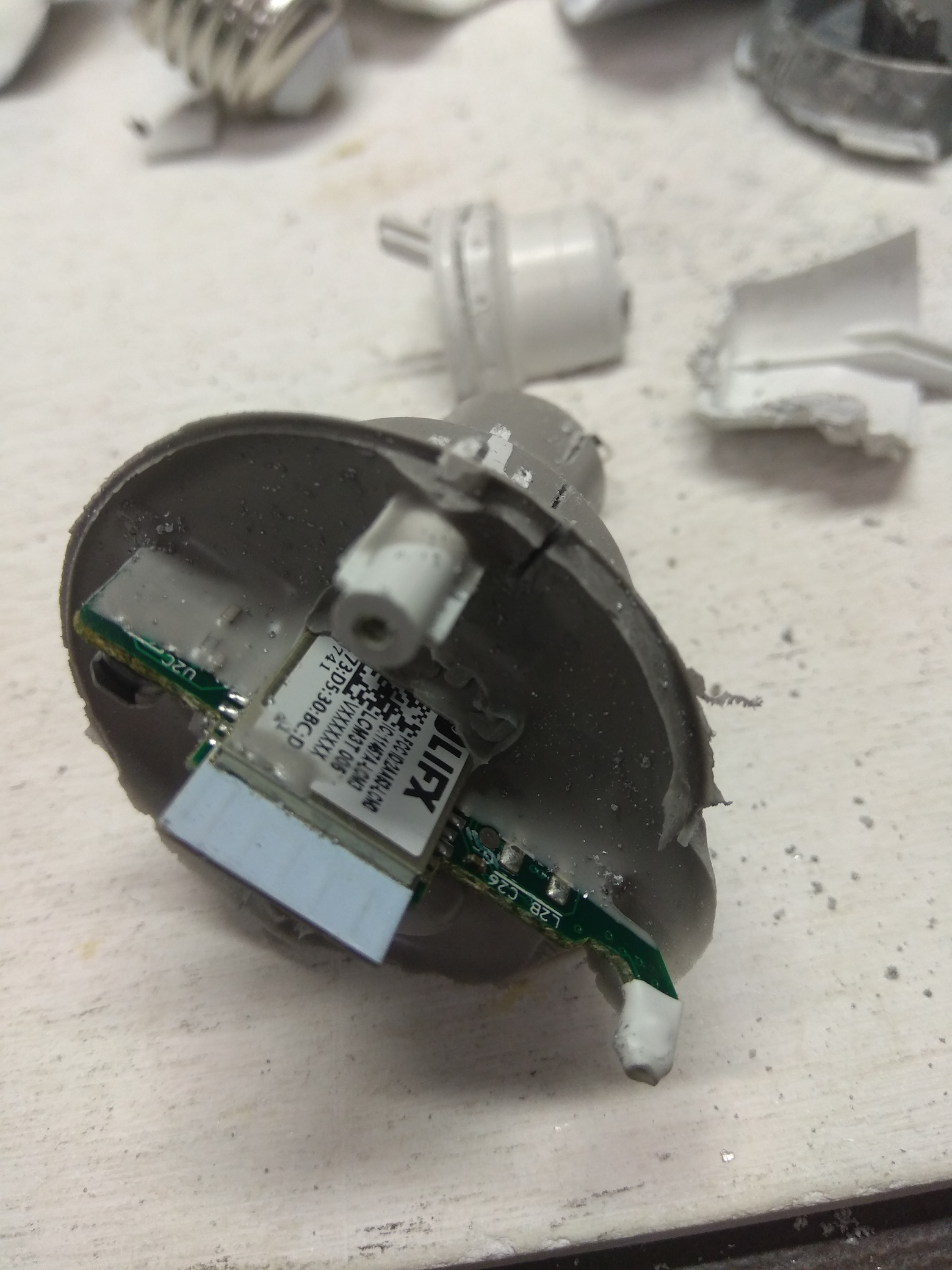 Your internet-of-shit smart lightbulb is probably storing your wifi password in the clear, ready to be recovered by wily dumpster-divers; Limited Results discovered the security worst-practice during a teardown of a Lifx bulb; and that's just for starters: the bulbs also store their RSA private key and root passwords in the clear and have no security measures to prevent malicious reflashings of their ROMs with exploits, network probes and other nasties. (Thanks, John!)