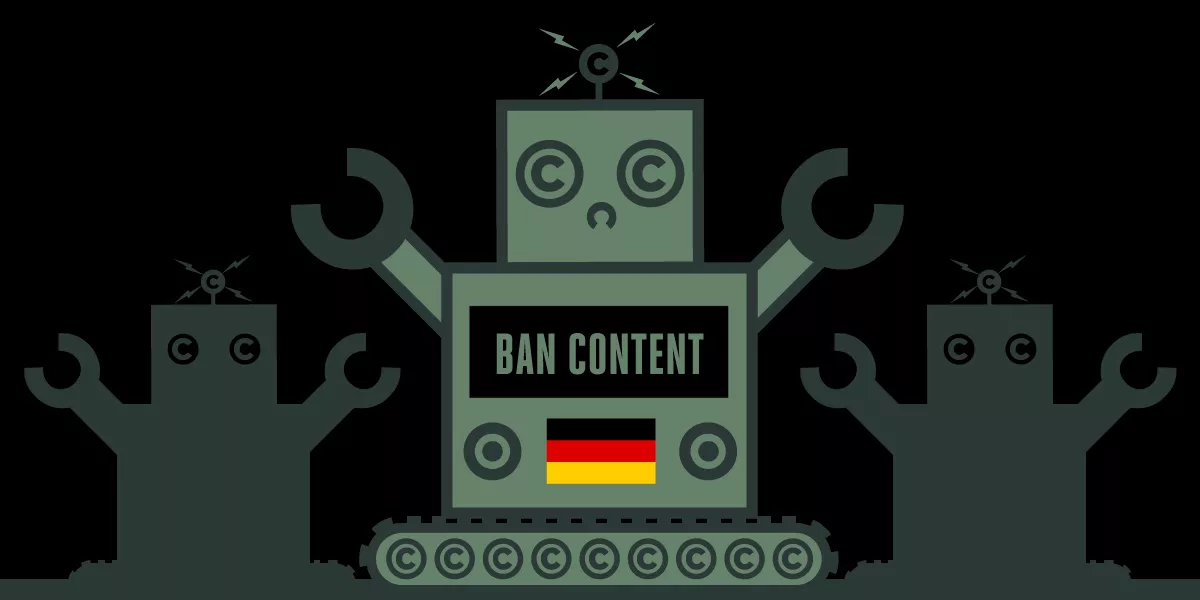 The EU's on-again/off-again Copyright Directive keeps sinking under its own weight: on the one side, you have German politicians who felt that it was politically impossible to force every online platform to spend hundreds of millions of euros to buy copyright filters to prevent a user from infringing copyright, even for an instant, and so proposed tiny, largely cosmetic changes to keep German small businesses happy; on the other side, you have French politicians who understand that the CEOs of multinational entertainment companies won't stand for any compromise, or even the appearance of compromise, and so the process fell apart.

That is until Chancellor Merkel and President Macron sat down to broker a deal, in which Merkel caved on every single measure that even looked like it might protect small businesses, co-operatives, nonprofits, and individuals, ending up with a deal that guarantees that every existing small platform will be destroyed and no new ones can be started, leaving Europe in the hands of US Big Tech -- forever.

Under the new deal, any platform where the public can communicate will have to buy copyright filters to intercept all public communications and compare them to a database of so-called "copyrighted works" (which anyone, anywhere, can add anything to), and then block anything that appears to be a match.

The "compromise" that Merkel has agreed to is this: platforms don't have to add the filters until they have been in business for three years, or until they make €10m in a single year. That means that every single existing online forum that has been in operation for three years or more must immediately buy filters, even if it's a small online community run by volunteers, or a commercial site with a tiny niche -- like this little, longstanding community for people who like to fish. Even Patreon -- which exists solely to get artists paid! -- would have to buy filters or pull out of Europe.

But it gets even worse: under the terms of this deal, once a platform makes €5,000,000 in a year, it will be obligated to implement "notice and staydown" -- that is, copyright filters by another name.

And it gets even worse: the new deal requires that every site, no matter how small, noncommercial, or public spirited, must demonstrate that it has taken 'best efforts' to license anything their users might conceivably upload, which means that any time a rightsholder offers you a license for content your users might use, you are obliged to buy it from them, at whatever price they name.

This is the end of the internet as we know it, and the beginning of an era in which all our communications, all our familial relations, political engagements, educational activities, employment-related work, romantic questing, everything, is subordinated to turning the internet into a cable TV system, where the only materials available are those that multinational entertainment corporations approve of. Remember when cable operators promised a digital future where "500 channel universe" of entertainment options were on tap? It's arrived. We just had to kill the web -- the "two billion channel universe" -- to get it.

All is not lost: the next step will be a rubber-stamp where national negotiators for EU member states approve the deal, and then it will go for a vote in the European Parliament, who will have the final say, right before they stand for re-election in European elections this May.

In other words, of all the times that a catastrophic plan could come before Parliament, this is the best (or the least-worst): the moment at which Parliamentarians are most sensitive to their constituents' wishes.

There's lots more to come on this, getting people to contact their MEPs ahead of the vote. This is a terrible state of affairs, but at least it is now so obviously, visibly terrible that it's gotten a lot easier to explain to people on the sidelines. Mobilise your friends and family now: the future of our planetary-scale, species-wide electronic nervous system is at stake.

Article 13 is back on – and it got worse, not better [Julia Reda]