How to think about climate change and "cost-benefit analysis" 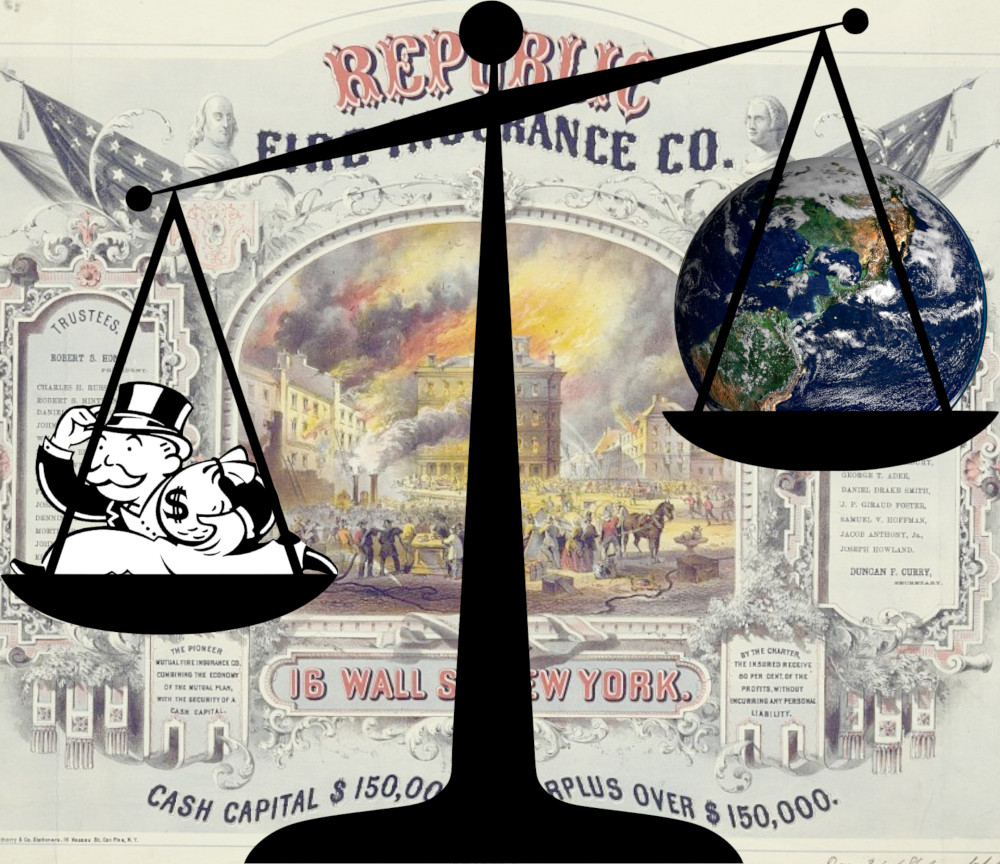 Some climate deniers go beyond arguing that climate change isn't real; rather, they argue that adapting to climate change is cheaper than preventing it, and it's a fool's errand to spend money on a Green New Deal, when we could continue to burn fossil fuels and simply relocate everyone who gets flooded out, figure out how to grow crops in new places, come up with medicines to treat new epidemics, etc.

In a wonderful short essay (the first in a series), Synapse Energy Economics economist Frank Ackerman describes the problems with this line of argument.

Ackerman starts with the calculus of insurance: we buy insurance for risks like housefires or accidental death not because they are likely, but because their consequences are more than we can bear without insurance. When the habitability of the only known planet that can sustain our species is at stake, the case for insurance is easy, even if you think the likelihood is low.

But planets aren't like houses: there isn't another planet we can relocate to if ours fails, so no insurer is going to write us a policy. Instead, we have to self-insure (just as someone who can't get fire insurance has to put in extra fire-suppression technology, clear brush, etc): we have to take every credible step to reduce the risk of losing our planetary home.

But then Ackerman takes on the whole idea of cost-benefit when it comes to environmental risks: because these cost-benefit calculations involve literally making up a value for human lives and then calculating whether the "costs" (including other people dying) are less than the "benefits" (that is, profits to the companies whose environmental misdeeds cost other people their lives), these calculations always act as a kind of empirical facewash on an otherwise untenable proposition: that you should be allowed to kill other people if you get rich in the process.

For climate risks, worst cases are much too dreadful to ignore. What we know is that climate change could be very bad for us; but no one knows exactly how bad it will be or exactly when it will arrive. How likely are we to reach tipping points into an irreversibly worse climate, and when will these tipping points occur? As the careful qualifications in the IPCC and other reports remind us, climate change could be very bad, surprisingly soon, but almost no one is willing to put a precise number or date on the expected losses.

One group does rush in where scientists fear to tread, guessing about the precise magnitude and timing of future climate damages: economists engaged in cost-benefit analysis (CBA). Rarely used before the 1990s, CBA has become the default, “common-sense” approach to policy evaluation, particularly in environmental policy. In CBA-world you begin by measuring and monetizing the benefits, and the costs, of a policy – and then “buy” the policy if, and only if, the monetary value of the benefits exceeds the costs.

There are numerous problems with CBA, such as the need to (literally) make up monetary prices for priceless values of human life, health and the natural environment. In practice, CBA often trivializes the value of life and nature. Climate policy raises yet another problem: CBA requires a single number, such as a most likely outcome, best guess, or weighted average, for every element of costs (e.g. future costs of clean energy) and benefits (e.g. monetary value of future damages avoided by clean energy expenditures). There is no simple way to incorporate a wide range of uncertainty about such values into CBA. The second post in this series will look more deeply at economists’ misplaced precision about climate damages.